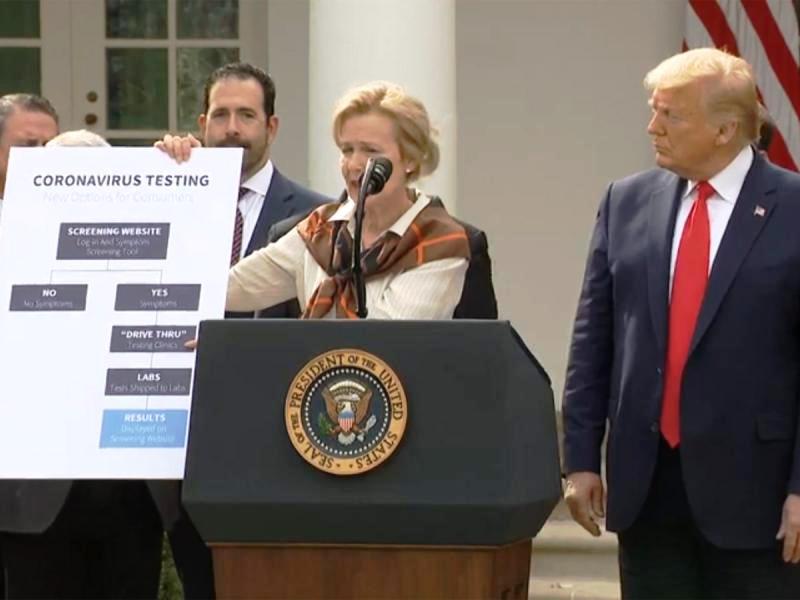 United States President Donald Trump declared a national emergency on Friday to provide more money to fight a pandemic that has killed 41 people in the US.

“I am officially declaring a national emergency,” he said from the White House’s Rose Garden.

The declaration of a national emergency, a rarely used presidential power, allows the Federal Emergency Management Agency to assist state and local governments and coordinate the nation’s response to the crisis.

Trump said the declaration would free up to $50bn for state and local governments to respond to the outbreak.

President Trump said he was also giving Secretary of Health and Human Services Alex Azar emergency authorities to waive federal regulations and laws to give doctors and hospitals “flexibility” in treating patients.

Trump says US will “vastly increase” its testing capacity

The move follows an unprecedented cascade of shutdowns this week. From sports events to museums and workplaces, that is aimed at limiting large public gatherings. The shutdowns are to help slow the fast-spreading virus.

On Friday, President Trump also announced that the US will “vastly increase” its testing capacity.

He also said that the health department doesn’t want people to get a coronavirus test if they do not need it.

His administration also plans to announce on Sunday night further details of the testing options. Including a screening website where individuals could check to see if they should be tested and how to get tested.

The US Centers for Disease Control and Prevention (CDC) on Friday reported 1,678 US cases of coronavirus. An increase of 414 from its previous count.  The CDC said that the number of deaths had risen by five to 41.

The tally includes 49 cases among people repatriated from Japan and Wuhan, China, where the outbreak began. The Wuhan virus has since spread to more than 130 countries and territories. Infecting over 138,000 people worldwide, according to Aljazeera.