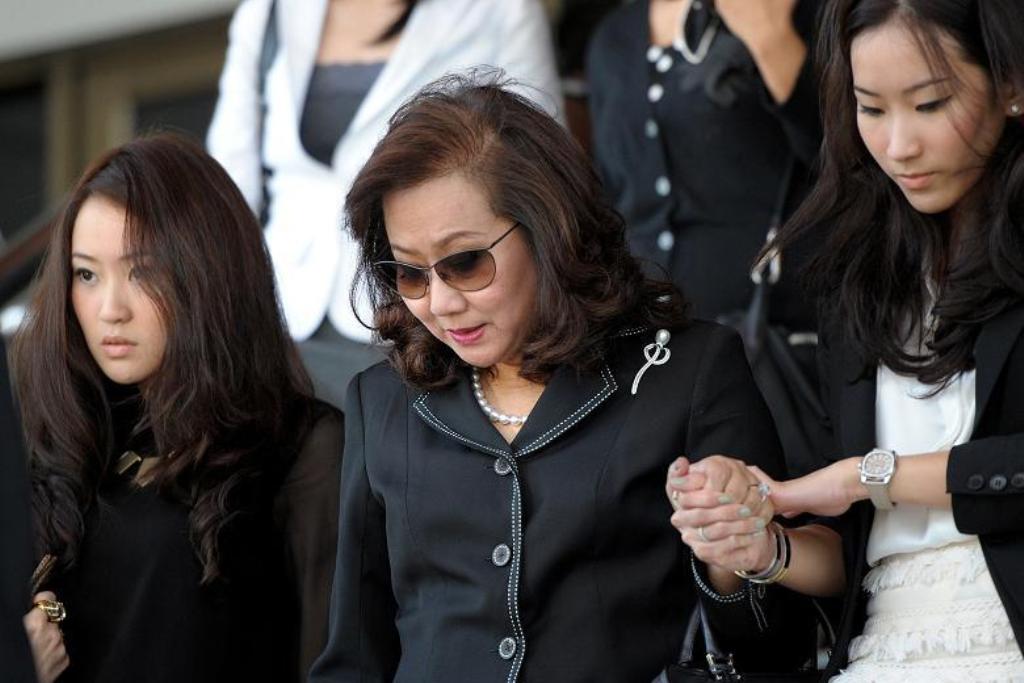 Khunying Potjaman na Pombejra, ex-wife of Thailand’s former prime minister Thaksin Shinawatra, is consolidating her power as Pheu Thai’s de facto leader. Sompong Amornvivat, who recently resigned as party leader, is expected to be reinstated as the Pheu Thai leader on the party’s new executive board.

It is Khunying Potjaman who will actually take the helm, the sources said.

The main opposition party will hold a general assembly to select its new executive board, and details of the make-up of the new board will be known today.

After years of keeping a low profile, Khunying Potjaman stepped into the spotlight at a royal function last Thursday, two days before Mr Sompong, chief strategist Khunying Sudarat Keyuraphan and a handful of other key members tendered their resignations from their positions.

According to the Bangkok Post from now on, Khunying Potjaman will regularly sit at the head of the table during meetings of the new party executive and will determine the party’s political moves both inside and outside parliament, though she will not assume any formal party position, the sources said.

Her priorities will be to end rifts among party factions and bring back to the fold those who broke away from the party so they can work together to restore Pheu Thai to its former glory.

The other person who will also work with Khunying Potjaman to run the party’s affairs is Yaowapa Wongsawat, younger sister of Thaksin who formerly served several times as a Chiang Mai MP.

A close associate told the Bangkok Post that Khunying Potjaman would work with a think-tank, which will be the brains of the party.

They include high-calibre politicians such as former Pheu Thai secretary-general Phumtham Wechayachai plus Prommin Lertsuridej and Surapong Suebwonglee, both of whom were former executives of the now-defunct Thai Rak Thai Party (TRT).

In June, those politicians formed a new political group called “Care” (Creative, Action, Revival and People Empowerment), a breakaway faction of Pheu Thai, which some believe will evolve into a new political party in time for the next election.

Thailand’s Pheu Thai MP for Ubon Ratchathani, Somkid Chueakhong, said on Wednesday the new executive board would be a blend of new-generation and seasoned politicians. He was confident they would be able to work together in the best interests of the public.

He said the new executive board was expected to include representatives of all factions within the party, adding: “This is good news for the party.”

Party sources said the new executive would comprise about 20-24 members, with Mr Sompong expected to be reinstated as its leader, while Prasert Chantararuangthong, a Nakhon Ratchasima MP, was tipped to be appointed as party secretary-general.

New-generation politicians expected to join the executive include Chakkrapol Tangsuthitham, a Pheu Thai MP for Chiang Mai, and Nop Cheevanant, an Ayutthaya MP.

Meanwhile, former transport minister Chadchart Sittipunt on Wednesday denied a report he would rejoin Pheu Thai and be nominated as its candidate for prime minister at the next general election.

“I have continued to visit various communities to see their problems as an individual.”

Khunying Sudarat also denied speculation on Wednesday that she would contest the Bangkok governor election expected later this year in Thailand.