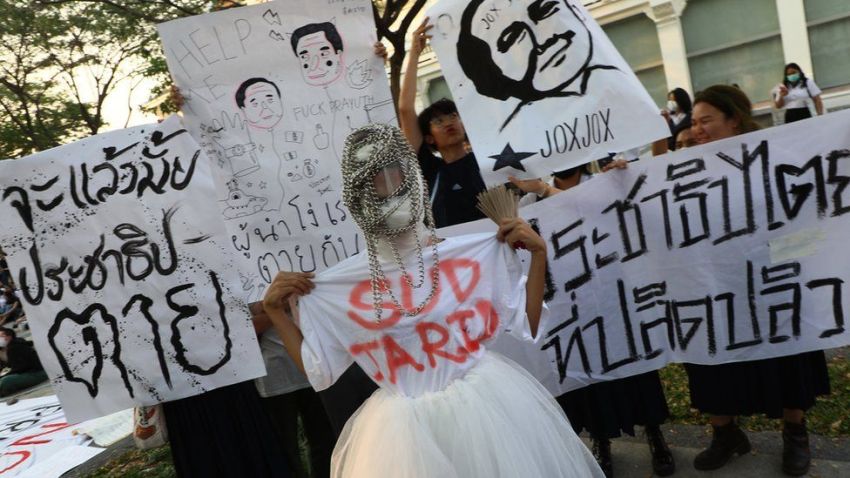 Hundreds of pro-democracy protesters marched on Parliament in Bangkok on Friday, wearing black T-shirts to mourn the state of the country. The pro-democracy march was the first significant street protest in six years.

Discontent with the government of Gen Prayut Chan-o-Cha has been growing since the court-ordered dissolution of the opposition Future Forward Party. Meanwhile, Thailand’s already weak economy is taking a bigger hit. Above all as the Wuhan Coronavirus has devastated the tourism industry.

Pro-democracy protesters have gathered at university campuses nationwide in recent weeks but are now edging onto the streets. Bangkok has played host to rival — and often deadly — rounds of street politics over the last 14 years.

The “Black Friday” rally, called for the government to quit. Its also the latest reflection of Gen Prayut’s unpopularity. “Our families are grassroots people and we’re directly affected by government policy. And above all the failing economy,” 22-year-old men in black student leader Thip Ubsorn told the Bangkok Post.

The Black Friday protesters were wearing black to mourn the death of the rule of law, justice and democracy.