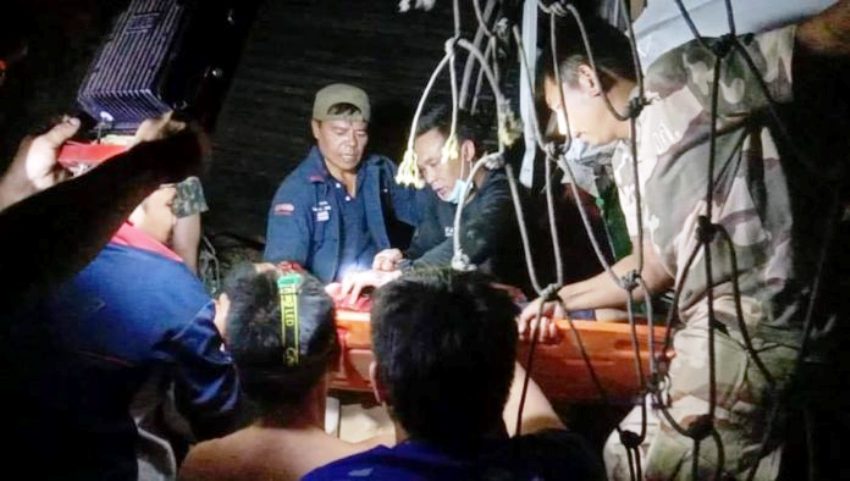 A driver has been saved followed a two-hour rescue operation after he crashed his truck in Mae Chaem district of Chiang Mai. The accident occurred on Hot – Mae Chaem Road in Kong Khaek at around 6:30 p.m.

Emergency services first on the scene found the pickup truck wedged on its side against a tree 20 meters down a gully. After 2 hours they managed to free the driver. The unnamed man who was transporting shallots was rushed to Hospital in a serious condition. The cause of the accident is unknown but the curve where the crash occurred is known as an accident hotspot.

Meanwhile, Two people have died after the motorcycle they were on was hit by a pickup truck in Saraphi, Chiang Mai.
The accident occurred on Yothathikan Chiang Mai – Lamphun Road along the railway line in Yang Neung at around 9:05 p.m.

The two people on the motorcycle – an unidentified woman and man believed to be in the 30s. They were taken to hospital in a serious condition before dying later from their injuries.

Police investigating said there are solar-powered lights in the area but found that the batteries had been stolen.