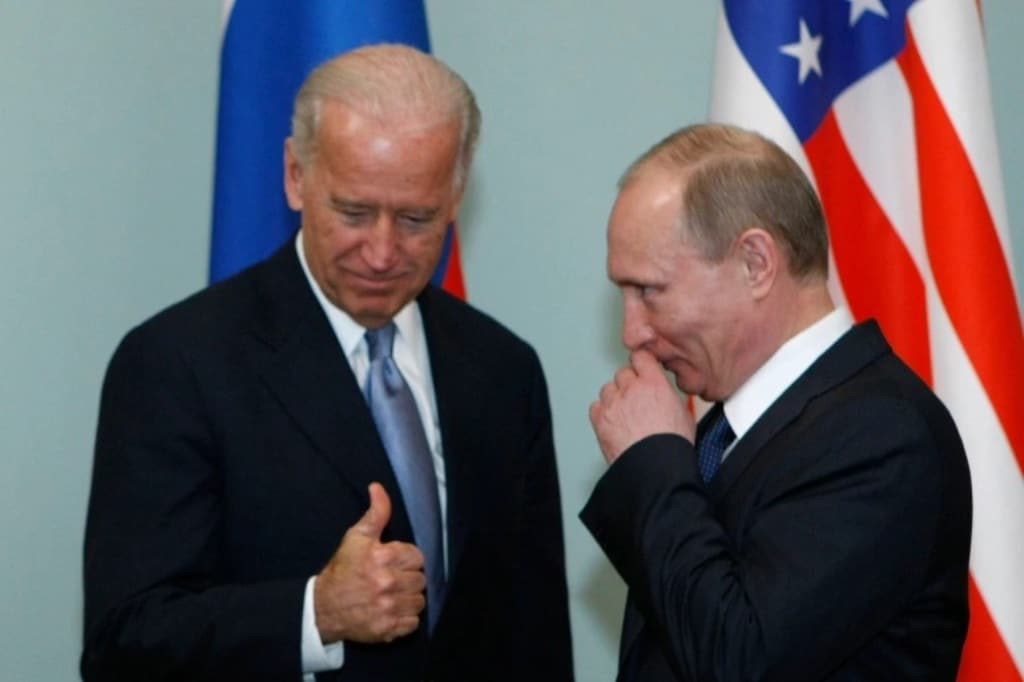 None the less foreign Minister Sergei Lavrov told a press briefing that President Putin has viewed the prospect of a summit between him and Biden “positive”, adding that it was “currently under consideration”.


Lavrov believes that the Biden administrations offer earlier this week of a summit had amounted to a peace offering, as tensions between Russia and the West have escalated over the conflict in Ukraine.

In March, Russia recalled its ambassador to the United States back to Moscow for consultations on the future of US-Russia ties.

US president is “Weak”

Ties then hit rock bottom last month after Biden, who promised to take a firmer line on Moscow than his predecessor Donald Trump, agreed in a written speech with a description of Putin as a “killer”.

Putin told a Russian state television reporter. “I want to propose to President Biden to continue our discussion, but on the condition that we do it basically live, as it’s called. Without any delays and directly in an open, direct discussion. It seems to me that would be interesting for the people of Russia and for the people of the United States.”


“Putin and Biden? It would not end like Rocky IV – I don’t think the American would prevail very well,” Gaetz told FOX TV pundit Sean Hannity.

“The question is this,” Sean Hannity said. “Why would President Putin immediately call for a debate with Joe Biden with no time to prepare? What have I been saying? What have some of us – half the American people – been saying?”

Reading from a Script

For months that Joe Biden has been in cognitive decline, and that his allies are conspiring to hide his deterioration from the public. “It’s getting a little scary,” the Hannity said. “It’s funny because the media was attacking me for saying that Joe looks weak and frail and he’s struggling cognitively.

Well, every day now, pretty much, when he speaks, when he’s allowed to speak, he’s struggling.”

Three months in, Joe Biden’s White House has settled on a firm press strategy: First, do no self-harm.

Biden isn’t doing cable news interviews. Tweets from his account are limited and, when they come, unimaginably conventional. The public comments are largely scripted.

President Biden’s administration has opted for fewer sit down interviews with mainstream outlets and reporters.

Biden has had just one major press conference — though another is coming — and prefers remarks straight to camera for the marquee moments. The White House is leaning more heavily on Cabinet officials to reach the audiences instead of President Biden.

Inside the White House, there is a belief that Biden can be used best as a marquee player coming in at big moments when there is a need to reset the press narrative or push a major policy.

It hasn’t always gone according to plan — on occasion, the White House has had to walk back or clarify comments Biden has made in the interviews he has given.