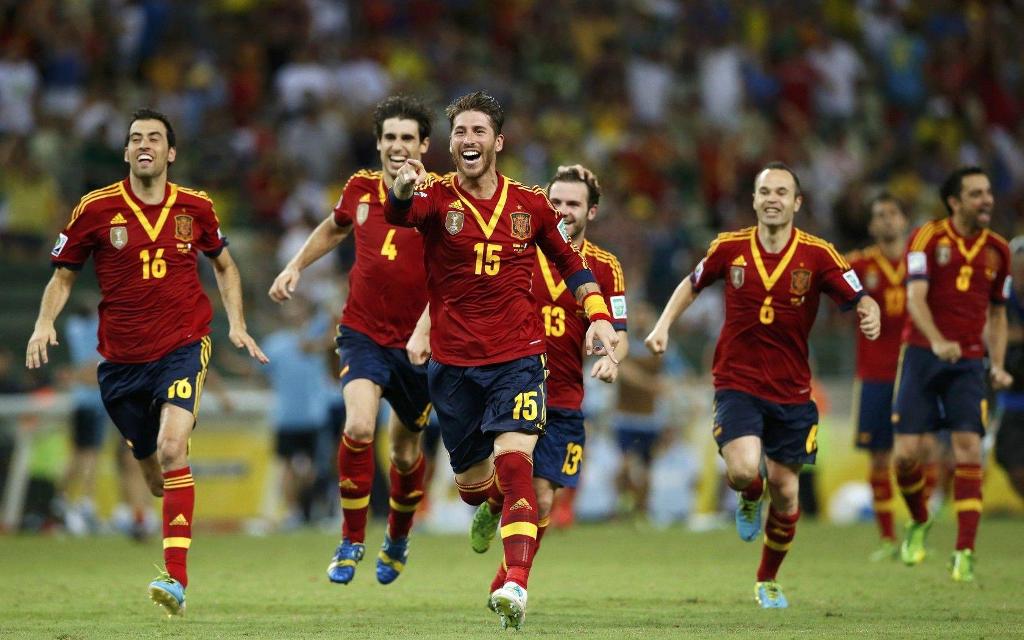 Almost a decade ago, everyone was hailing the wondrous talents of the Spain’s national football team, will they do it at Euro 2020? Boasting a golden generation of talent playing a distinctive ‘tiki-taka’ brand of possession soccer, ‘La Roja’ quite literally had the world at its feet.

Spain won back-to-back UEFA European Championship tournaments in 2008 and 2012. Sandwiched between those triumphs was the ultimate glory, winning the 2010 FIFA World Cup in South Africa.

However, heading into the Euro 2020 tournament, rescheduled to take place between 11 June and 11 July this year, Spain is no longer considered to be the same international force. The team coached by Luis Enrique is regarded as Euro 2020 betting outsiders, priced at 7/1 odds.

Back when Spain was considered untouchable in terms of quality, the national team boasted an embarrassment of riches, including several of the best players in world soccer. The midfield in particular featured an abundance of creative talent.

Xabi Alonso was in his Liverpool prime, marshalling the middle with his exceptional vision and passing range. Meanwhile, as the engine of a hugely successful Barcelona side in the same era, Andrés Iniesta and Xavi Hernández were also the driving force for their country, with Sergio Busquets as the enforcer.

Aside from that core midfield group, all of whom are now retired, Spain had exceptionally strong backup options. They included the likes of Arsenal maestro Cesc Fábregas, Santi Cazorla in his Villarreal heyday, and the agile David Silva prior to his move from Valencia to Man City.

In attack, there were goal scoring machines, either at the top of their careers or swiftly approaching. These included Fernando Torres in his Liverpool prime, who bagged the winning goal in the Euro 2008 final, along with David Villa, who peaked with Valencia and Barcelona.

At the back, Spain could rely on Iker Casillas between the posts. Ahead of him, defenders included Jordi Alba. The backbone was formed by Barça captains Carles Puyol and Gerard Piqué, alongside Real Madrid star Sergio Ramos.


Only three players remain from the Euro 2012 squad. They are Jordi Alba and Sergio Busquets, both still with Barcelona, along with Sergio Ramos of Real Madrid, who is now 36 and has amassed 180 international appearances.

While this could be the penultimate international tournament for Sergio Ramos, who insists he will still be playing at the 2022 FIFA World Cup in Qatar, the rest of the Spanish side has changed significantly.

There’s an experimental feel to the squad now managed by Luis Enrique. His most recent selection included nine players aged 23 or younger. Most of them only have a handful of international caps, although what they lack in experience is compensated by enthusiasm.

Younger players to highlight include 21-year-old Pedro Porro, who can play as a full-back or a winger. Signed by Manchester City from Girona in 2019, he has yet to debut with the English club, yet superb form with Sporting CP in Portugal earned him a debut with Spain recently.

Hailed as the new Iniesta, 18-year-old Pedri has become a revelation with Barcelona. Since making his debut with Spain against Greece in March this year, he is almost guaranteed to be one of the participants at Euro 2020 in the summer.

Although Spain has always been highly regarded for its midfield talents, soccer has evolved. Many of the most promising prospects are attacking players, four of whom will be hoping to make the final Euro 2020 squad.

The cream of the crop is Ferran Torres, the 21-year-old Man City forward, who has already scored 6 goals in 10 Spain appearances. He could be joined by Dani Olmo of RB Leipzig and Mikel Oyarzabal of Real Sociedad, with both having opened their Spanish scoring accounts.

Much of the selection choices facing Luis Enrique will depend on fitness and form. Unfortunately, 18-year-old Barcelona sensation Ansu Fati will probably miss out, unless he makes a swifter than expected recovery from knee surgery.

One player who could feature is wing wizard Bryan Gil, having enjoyed an exciting spell with Eibar in LaLiga, on loan from Sevilla. The 20-year-old is a fantastic prospect and although he has just 2 caps for Spain, he could be a secret weapon to unlock defenses at Euro 2020.