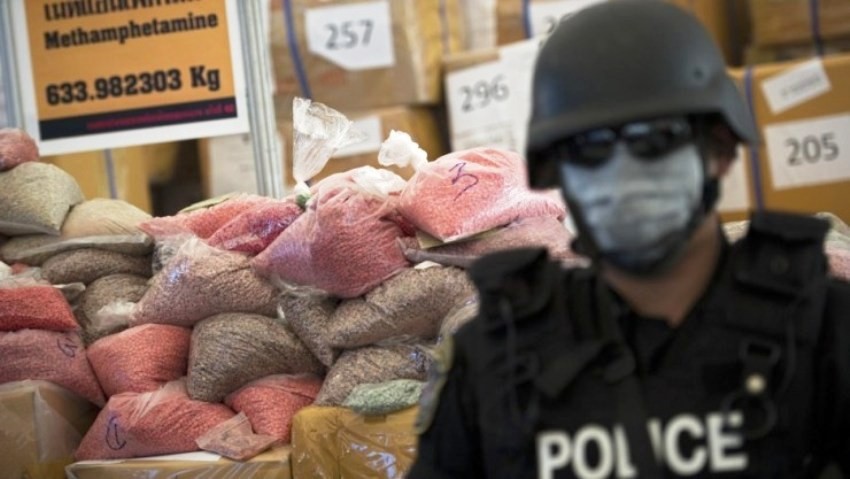 Thailand’s Justice Ministry has set up a new centre to to go after drug syndicates and seize their assets as part of an effort to stamp them out. The Justice minister said the amount of assets and money seized annually was too low.

Justice Minister Somsak Thepsuthin was speaking as he laid out policy plans for the new centre at the Office of the Narcotics Control Board.

Mr Somsak, who chairs the national drug prevention and suppression centre, said the amount of assets seized from drug traffickers way too low. Only about 400-500 million baht a year, compared to the huge amount raked in from drugs sales.

The new centre will help step up efforts to track down and seize more assets. Above all from both small and major drug traffickers, the minister said.

He said drug networks have set up facilities along Thai borders with neighbouring countries to produce drugs worth US$60 billion, or about 1.9 billion baht annually.

Mr Somsak also said the traffickers have shifted to online platforms to sell drugs. But said that the authorities were also well-equipped to track them and seize their money.

Drug syndicates in Myanmar and Laos

Meanwhile, a combined force of military rangers and police arrested a Lao smuggler and seized a total of 1,915 meth pills.  The seizure took place in Nakhon Phanom’s Tha Uthen district on Thursday night.

The 46-year-old woman, identified as Jung Mala, smuggled the drugs on a boat across the Mekong River. She delivered them to the Thai side for Thai drug gangs, police said.

Soldiers from the Pha Muang Task Force also seized 2,252,000 meth pills and 14 kilos of crystal meth after a gunfight with drug runners. The firefight with the drug runners took place in Mae Sai district of Chiang Rai Province.

Col. Chatree Sa-nguantham said the drugs were also coming from a drug syndicate across the border in Myanmar’s Shan State.