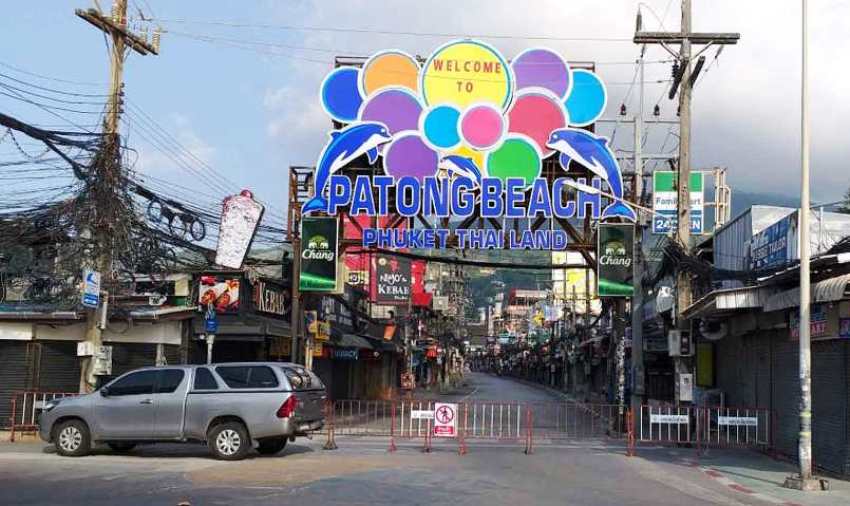 The governor of the resort Island of Phuket has issued an order barring people and vehicles from leaving and entering the island. The lockdown comes after Phuket confirmed six more Covid-19 infections. Consequently bringing the total number of Covid-19 cases to 53.

Phuket governor Pakkapong Taweepat, ordered the closure of all entry and exit points in the province. The order is effective from Monday until April 30. However the Phuket Airport will also remain open.

Under the order, people and all vehicles are banned from entering and leaving the province. However vehicles transporting food and essential items; fuel, construction materials; medical equipment; rescue operations vehicles; ambulances; vehicles for state operations; and vehicles carrying publications are exempt from the ban.

A ban is also imposed on people and all kinds of ships from entering and leaving the province through its ports. Except cargo ships. Furthermore cargo ships crew are not allowed to disembark, must leave Phuket immediately.

People and all kinds of vessels are also prohibited from entering and leaving the province. This includes all inter-provincial waterways. Again with the except for ships carrying; food and essential items; construction materials; medical equipment; rescue boats and also medical emergency ships.

The order does not apply to those assigned to tackle emergencies; diplomats and consular officials; international organisations; and representatives of foreign countries; which have received permission from the Foreign Affairs Ministry and also other state agencies.

Those who are exempted must have medical certificates issued in the past three days. Furthermore they must comply strictly with disease control measures.

The resort province of Phuket has confirmed six more Covid-19 infections. Bringing the total to 53, the provincial communicable diseases committee said on Sunday.

The six new cases are all linked to the Patong area. Followed six new infections which were reported on Saturday. Of the 53 cases, 46 patients are still receiving treatment at hospitals. The health department also reported 7 people have recovered and also gone home.