Coronavirus Having a Huge Impact on Thailand's Elephants
Advertisement 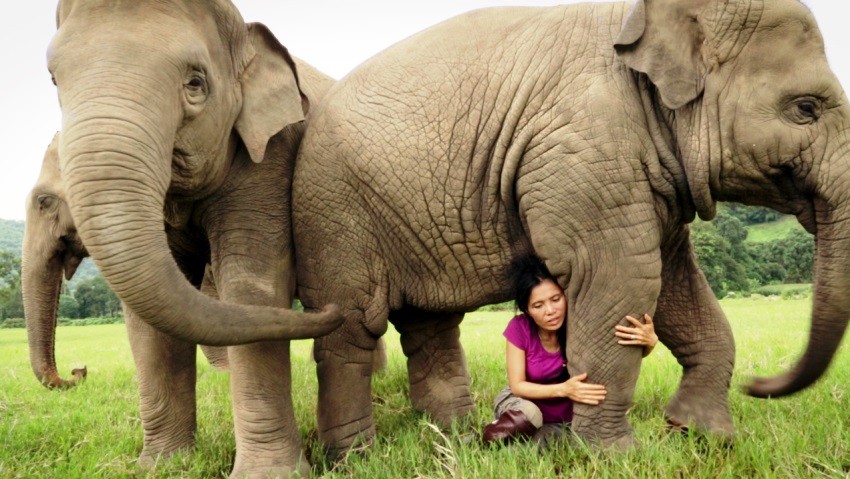 Humans aren’t the only victims of Covid-19, elephants and animals living in shelters and rescue foundations are also suffering because of the disease. Elephants — a magnet for tourists visiting Thailand — are among the hardest-hit animals.

Because captive elephants are reliant on revenues from the sector. As such, back in January, when tourist arrivals first began to dwindle and countries began shutting their borders, the outlook was already grim.

Yet the disease’s impact became even more pronounced after the government declared a state of emergency on March 26, which placed Thailand under a partial lockdown.

Elephant camps across Thailand had to close their doors to comply with the Emergency Decree.

“Several stranded tourists have asked us if they can volunteer at our camp,” said Saengduean Chailert, president of Elephant Nature Park, a rescue and rehabilitation centre located in Chiang Mai’s Mae Taeng district some 60 kilometres from the city centre.

“But we had to turn them away because we have to comply with the government [Emergency Decree] which ordered the closure of high-risk activities and venues.”

Currently, the camp houses 87 pachyderms in total. The elephants were rescued from cruel conditions, so many are physically frail, handicapped or both. Prior to the outbreak, the camp was famous among foreign tourists.

Tourists paid 12,000 baht to stay at the camp for a week and take care of the elephants. The income generated from the package enabled the foundation to take care of not just the elephants, but also over 2,000 other rescued animals, which include wild boars, horses, and buffaloes.

Each month, the foundation spends over 3 million baht on the animals’ food and healthcare, as well as staff salaries. While the absence of tourists has undoubtedly hurt its finances, the foundation has not laid off its staff — all 87 mahouts are still working and getting paid.

“That said, they’ve had to work harder now as they need to go out and cut grass and other plants to feed the elephants,” said Ms Saengduan, also the founder of the Save Elephant Foundation.

Ms Saengduean’s camp made the headlines recently after she posted an appeal on her Facebook account asking farmers to send in their farm waste — which includes bamboo strips and corn husks — so the camp can feed its elephants.

Despite the escalating Covid-19 outbreak in Thailand, many were touched by her appeal and donations started coming in.

“We never intended to ask for money, as we knew everyone is having a hard time,” she said. “We just wanted to find a way to feed our elephants.”

Soon after, she said, the phone calls started, asking her when she can pick up their leftovers, or when she can send her staff to cut grass and bamboo shrubs on their farms. Then, the camp’s staff and visitors shared her Facebook post to raise more funds to feed the elephants, and the donations came rolling in.

“Thais are amazing. They will still help others even if they too are having a hard time,” she said. “There were people out there who had so little themselves but spared the 50 baht they had to help feed the animals.

It may not seem like much to us, but 50 baht is a lot of money for those who are directly affected by the downturn.”

To date, donations have reached over three million baht, she said, before adding the foundation is committed to transparency and the contributions are tax-deductible.

The donations are not only used to help cover the camp’s operations; part of the money is also being used to help 892 other elephants living in 60 camps across the country, as well as communities participating in elephant conservation, such as the one in Surin, for instance, said Ms Saengduean.

“The economic impact of Covid-19 will affect at least 2,000 elephants across the country that rely on income from tourism,” she said.

“If the outbreak drags on, camps and owners will find it is hard to find the money to feed their elephants.”

She noted that each jumbo consumes between 200-400 kilograms of plant material — such as grass, bamboo or other cultivated crops — each day, depending on their weight.

Conservative estimates by the Elephants’ Fund Foundation put the daily cost of feeding an elephant at about 400-600 baht.

While the Covid-19 pandemic will end some day, Ms Saengduean said the welfare of her elephants is also threatened by the chronic threat of Chiang Mai’s worsening air quality.

Indeed, tourist arrivals had been plateauing for a few years before the outbreak happened as a result of forest fires in the area. On Friday, an air quality monitoring station in Chiang Mai University registered a PM2.5 reading of 925 microgrammes per cubic metre (µg/m³) — the highest level ever recorded in Thailand.

According to the Pollution Control Department, the safe threshold for exposure is 50µg/m³.

This is already twice as high as the level recommended by the World Health Organization.

Ms Saengduean said rescued animals at the foundation have also been affected by the worsening air pollution in the area.

“During the bushfire season, a lot of animals — especially frail dogs and cats — will have respiratory problems,” she said.