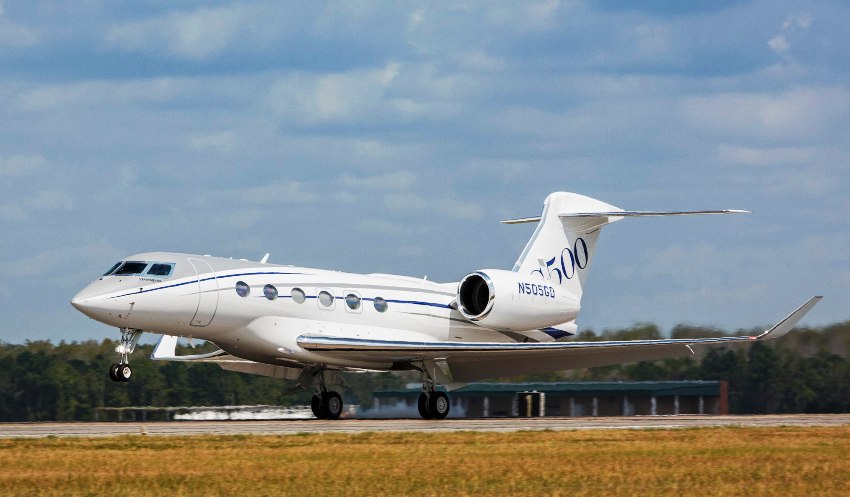 The Royal Thai Army is planning to buy a $US42 Million ‘Gulfstream G500’ in the 2021 fiscal year, according to a source in the Army Transportation Department. The announcement was made after a document showing the army’s plan to procure a medium-sized aircraft circulated online.

The $US42 Million purchase of the Gulfstream G500 of the was initially part of the 2020 fiscal year budget. However it was postponed to 2021 over the coronavirus pandemic, the source told the Bangkok Post.

The new Gulfstream G500 , which is likely to be bought from Gulfstream Aerospace, will replace the current Beechcraft 1900yf. Which has been in use for  more than 30 years, to transport the army and VIPs.

The manufacturer of the Beechcraft earlier informed the army that it had stopped making the plane.Now spare parts would no longer be available. This prompted the army to consider a replacement with the Gulfstream G500.

The source added that the purchase had also been approved by a screening committee.

About the Gulfstream G500

The Gulfstream G500 came about as a replacement to the Gulfstream G450, flying faster, further, and carrying more passengers and baggage than its predecessor. According to Gulfstream, the G500 has a top speed of 0.925 Mach or the speed of sound. It is equipped with a ventilation system that can replace the air in the cabin with fresh air in just 2 minutes and also has active side-stick control technology.

The GIV and G450 were produced by Gulfstream to offer greater safety, technology, and performance. The Gulfstream G500 has now replaced those models with even more improvements to these key factors. The Gulfstream G500 first flight was in May 2015 with service entry in September 2018. A total of 60 Gulfstream G500 business jets have been built, these serial numbers begin with a 7.