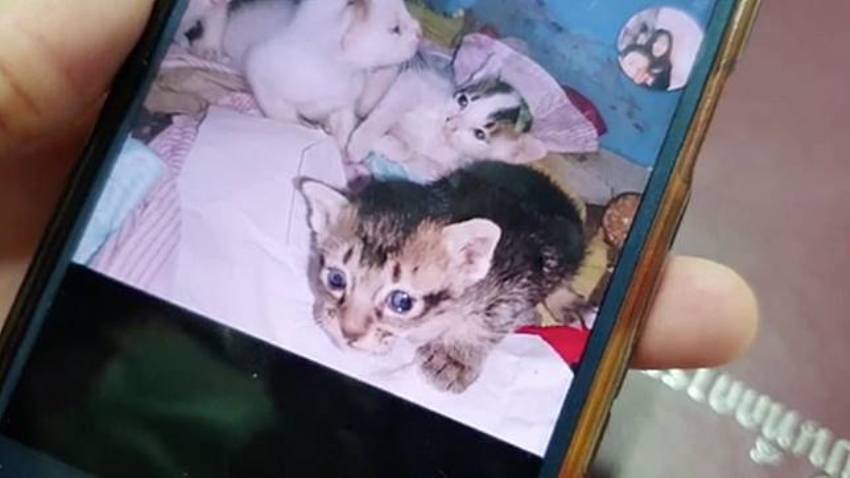 Animal lovers and netizens have expressed outraged over a man in northern Thailand for adopting kittens, then killing them. Chiang Mai police told Thai media that people have come forward complaining a man had been abusing cats.

Police arrested the man on animal cruelty charges after he adopted then killed 12 kittens in Chiang Mai.

According to Chiang Mai police three people separately, posted on social media that they needed homes for stray cats they found. In each case, Mr. Waitaya Kadpab had responded. Saying that he would like to adopt the cats. According to police Waitaya then tortured and then killed the cat.

One woman said that she found a stray cat and posted that it needed a home. On the 26th February she handed over the cat to Waitaya who said that he would take great care of it.

However, she then discovered through an online site that the man was a known animal abuser. She then called and asked him how the cat was, also asking whether she could have it back.

She said he fobbed her off a few times before telling her that the cat was dead.

The Watchdog Thailand Foundation reports Mr. Waitaya has been accused of killing up to 12 cats. He is also in the process of going to court. He faces a maximum two years in jail and 40,000 baht fine.

He has maintained his innocence, saying that these cats were untrained and difficult to care for. Saying he had to use violence to keep them orderly. He said that he had been stressed and unable to control himself.