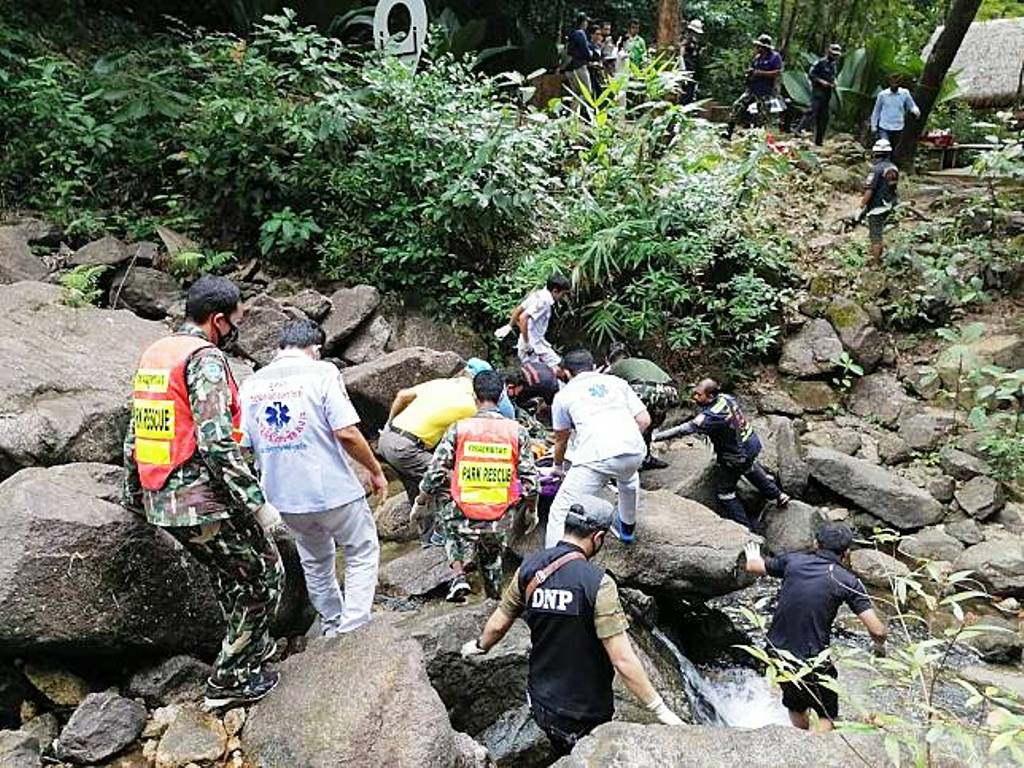 Officials in Thailand have reported an Uzbekistan man has died after he slipped from the edge of a cliff while taking a selfie. He fell to his death at Ngao Waterfall National Park in Ranong province, officials said on Sunday.

Soipov Abdullokh, 22, from Uzbekistan, had been hiking through the beauty spot with six Russian friends in Ranong, southern Thailand, on Saturday morning.

The Uzbekistan man had been stuck in Thailand during the pandemic. He allegedly ignored warning signs not to stand at the top of the waterfalls. His friends watched in horror as he slipped and fell to his death while taking a selfie.

The emergency services arrived around two hours later and discovered Soipov among sharp rocks. He had suffered a deep cut on his head, pouring blood into the clear mountain water.

Paramedics declared him dead at the scene and his body was taken to the Ranong Hospital for a post-death examination.

Police questioned Soipov’s friends – four men and two women – who all said that he had stood on top of the waterfall to take selfies among the idyllic surroundings in the Ngao Waterfall National Park.

Chalit Sinrojthanakorn, head government officer for the national park, said Soipov had ignored warnings not to go near the edge of the waterfall due to its slippery surface. He said: “As soon as we received the call we immediately co-ordinated with the rescue foundation and the police.

“The young foreign tourist and his friends rented motorbikes and travelled from Phuket to view the beautiful scenery.

“The deceased walked off the path set out by authorities to climb the waterfall. He then slipped on a rock and fell. His body crashed against the rocks below and he was bleeding through the mouth and nose. The death was very quick.”

The park ranger said that Soipov had “violated” a ban on climbing the waterfall because he “wanted to take pictures”.