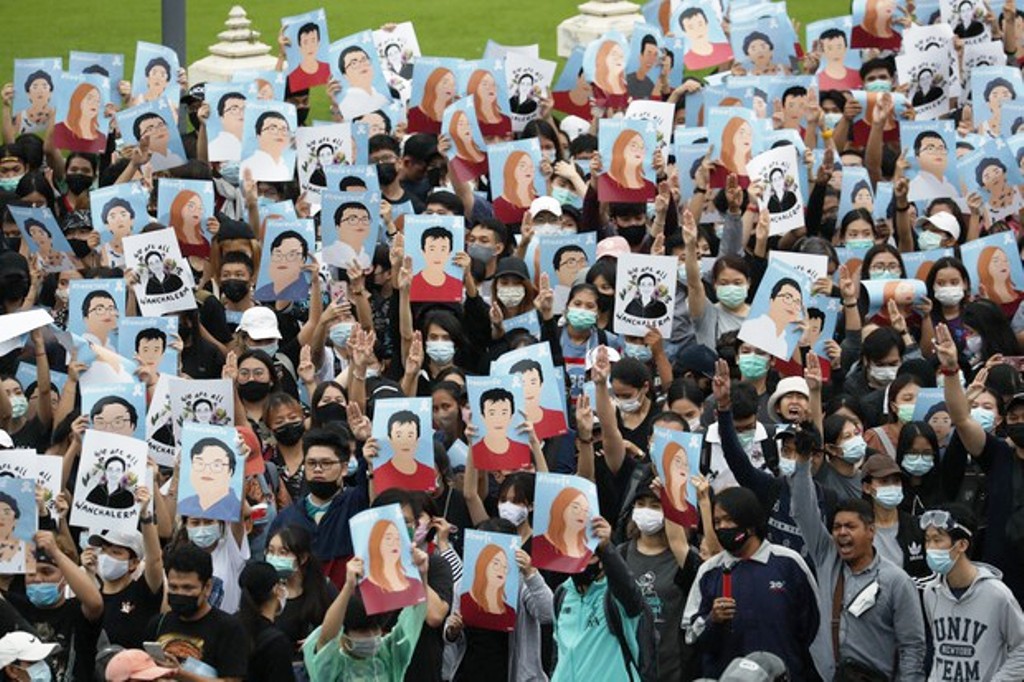 For days now, more and more Thais have been taking to the streets. They are demonstrating against the government, demanding the resignation of Prime Minister Prayuth Chan-ocha. They have also been demanding a new constitution and monarchy reforms.

Last Thursday, the government declared a state of emergency over Bangkok. Part of the emergency decree is the threat of two years in prison for posting protest selfies. This shows the importance the government attaches to social media.

In fact, the current protest movement began on the internet. A prominent example is the Facebook group “Royalist Marketplace,” which was started in April 2020 by Thai political scientist Pavin Chachavalpongpun. Pavin lives in political exile from Thailand in Japan.

Royalists do not understand social media

Pavin created an idiosyncratic “style of political communication” in which “memes, TikTok and YouTube videos were combined with serious political debates,” as political scientist Wolfram Schaffar writes in an extensive interview with Pavin for the newspaper Blickwechsel of the Asienhaus Foundation.

In his interview with Blickwechsel, Pavin argued that royalists do not understand social media. “In other words: The government is losing the game right now because they are not keeping up with the new technologies,” he said.

Social media platforms themselves are now also part of the debate. Facebook recently bowed to an order from the Thai government in August. Facebook blocked the “Royalist Marketplace” Facebook group. After international protests, Facebook announced that it would take legal action against the Thai government.

In any case, Pavin soon founded a new Facebook group with similar names. Which in just four weeks again had more than 1 million members.

Meanwhile, in early October, Twitter closed nearly 1,000 accounts that the company attributed to the Royal Thai Army and held it responsible for propaganda and misinformation. “These accounts distributed content in support of the army and the government and targeted prominent political opponents,” a Twitter blog said.

In May, the Thai government blocked the change.org website after it posted a petitions arose over the Monarchy and Thailand’s military backed government.

How much political debates on social media actually affect political conditions is controversial. In his book Ten Arguments for Deleting Your Social Media Accounts Right Now. Internet pioneer and critic Jaron Lanier warns that social media ultimately make politics impossible. One reason is that they create an illusion; Namely, that success in social media is tantamount to a change in the real balance of power. Which, according to Lanier, is not the case.

Moreover, according to Lanier, social media is polarizing by nature. They aggravate conflicts and prevent differentiation because one-sided and provocative contributions are more widespread. Users spend more time on social media, which is the goal of companies that only pursue economic interests.

This is a problem in a country like Thailand, whose politics have not been stable for decades. Because of persistent division and polarization. There is the threat of a further hardening of the fronts. The imposition of a state of emergency, the continuation of protests and tougher repression by the security authorities against demonstrators with water cannon on Saturday prove that the clashes are becoming more irreconcilable.