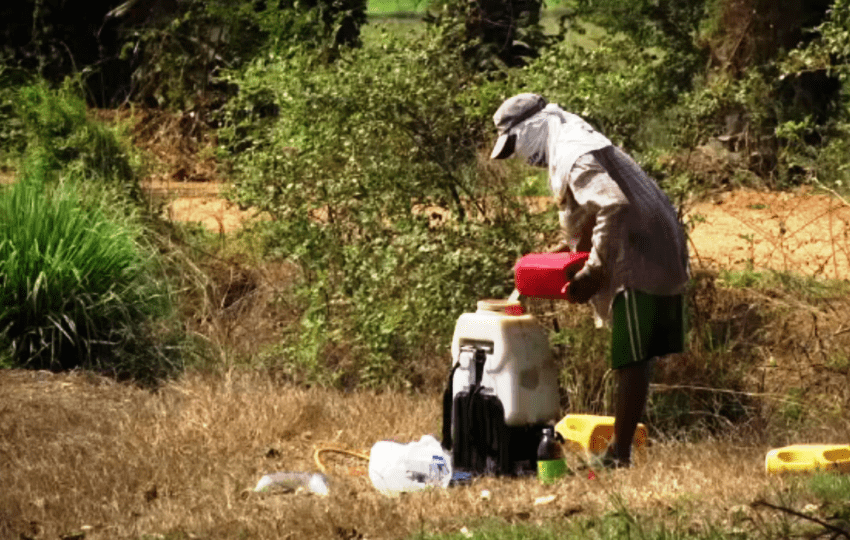 Thailand’s Department of Agriculture has given Thai farmers a 90-days to return hazardous chemicals for destruction as they are now illegal. Furthermore manufacturers or importers of hazardous chemicals banned under Thai law have 270 days to destroy their stock.

The announcement was made in line with the Ministry of Industry’s decision on May 15 to place paraquat and chlorpyrifos on the list of hazardous chemicals. Even more ban their use in the kingdom, effective from June 1.

Alongkorn Ponlaboot, adviser to the minister to the Ministry of Agriculture and Cooperatives, said the ministry has set up a working group on the three hazardous agrochemicals. Above all to deal with the case, and guidelines for how to destroy the chemicals will be publicised at a later date.

According to the announcement, farmers in possession of paraquat and chlorpyrifos must return the chemicals to designated shops within 90 days, from June 1 until Aug 29.

Shops designated to collect the chemicals have been given 120 days to collect returned items. Moreover, complete documents must also be submitted to the department’s officials.

The shops will also be in charge of sending returned items to manufacturers or importers. Who have also been given 270 days to destroy them. The destruction of the chemicals must not be later than Feb 25 next year.

One million baht fine, jailed for 10 years, or both

They must fill a form to declare the amount returned, set up an eradication plan and submit the results of destruction to the department’s officials. The task of destroying them must not fall to the department.

Any person who possesses the illegal agrochemicals will be fined one million baht, jailed for 10 years, or both.

They should be informed on how to drop them at the shop properly and it would be useful if there are signs to let them know the drop locations.

“We won’t regard this as a success but it is a step in the right direction for sustainable farming which relies less on chemicals.Thai

“Thailand wants to be the world’s kitchen and the government must have a clear policy to produce safe food for the world,” she told the Bangkok Post.

However, Sukan Sangwanna, secretary-general of the Federation of Safe Agriculture, said the farmers are the ones most affected by the ban, saying there is no compensation for them even though they spent their own money to buy the chemicals.

Buying a Condo with High Return on Investment in Hua Hin, Thailand