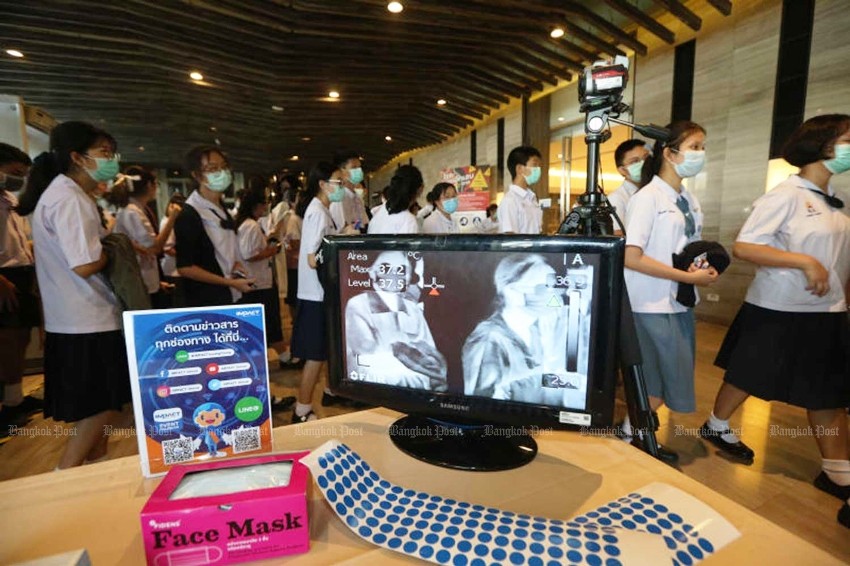 Thailand will allow schools to fully reopen from next Thursday after the Kingdom has gone without a local coronavirus case for more than two months.

All schools will be allowed to function without any capacity limits or social distancing rules, according to Education Minister Nataphol Teepsuwan. The country’s Covid-19 center has agreed on the easing of rules, and Prime Minister Prayuth Chan-Ocha is expected to approve the step on Monday, Nataphol said.

Since early July, Thai public schools were allowed to partially reopen as coronavirus cases dwindled. But schools were required to ensure a distance of 1.5 meter between students with per class-room capacity limited to 25. Some large schools required students to attend classes on alternate days to avoid overcrowding.

Thailand hasn’t reported a single case of locally transmitted virus since May 26 and has been under the state of emergency since late March.

Returnees to Thailand Quarantines with Coronavirus

Meanwhile, The government of Thailand on Friday reported 15 new cases of Covid-19 infection. 14 quarantined returnees from the Middle East and one from Japan.

Taweesilp Visanuyothin, spokesman of the Centre for Covid-19 Situation Administration, said four cases were from Egypt. They were Thai men aged 22, 23, 26, and 28 who arrived on July 24 on the same flight as five previously confirmed cases.

They were quarantined in Chon Buri province and tested positive on the 12th day after their arrival.

Ten new cases came from Saudi Arabia. Nine of them were Thai male students aged 24-28. The other was a Thai man aged 43 who worked at a factory. They arrived on July 25 on the same flight as two previously confirmed cases.

They were quarantined in Chon Buri and tested positive on Wednesday, the 11th day after arrival.

The 15th new case was a Thai male worker aged 29. He arrived from Japan on July 31 and was quarantined in Samut Prakan province. He tested positive on Wednesday, the fifth day after his arrival.

All 15 new cases were asymptomatic.

Covid infection rates among returnees were 10% of those from Saudi Arabia, 12% from Egypt and 1.5% from Japan.