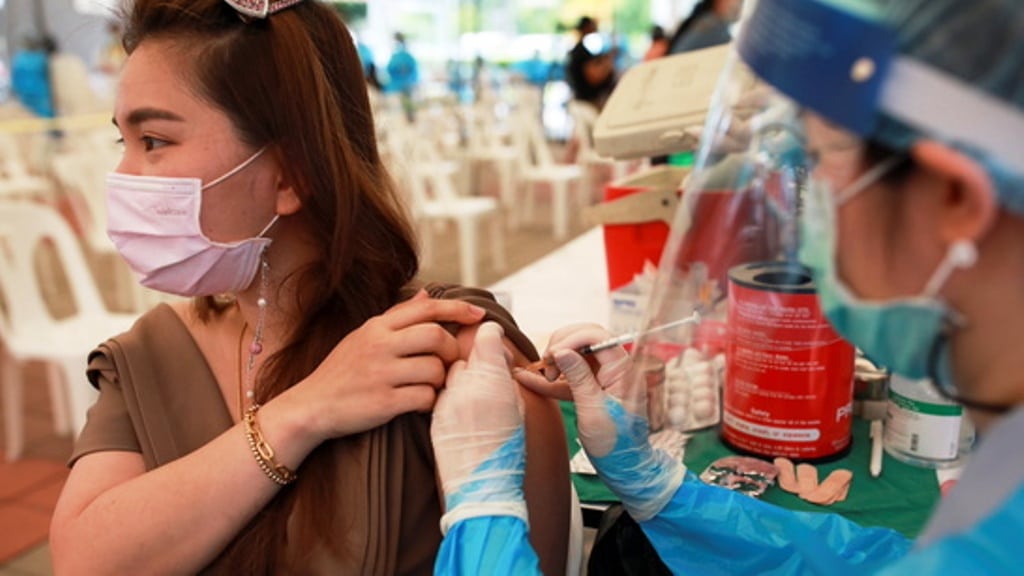 The Thai government has announced negotiations are underway to buy 25 million doses of vaccine from Pfizer and Janssen vaccine from Johnson & Johnson. According to the government’s disease control chief the doses will help the government meet its target of administering 100 million vaccine shots by years end.

The Thai government currently, only 61 million doses from AstraZeneca and 6 million from Chinese firm Sinovac have been officially secured. However many Thai are extremely weary of the Sinovac vaccine from China.

Dr Opas Karnkawinpong, head of the Department of Disease Control, told the media yesterday that 8 million more doses from Sinovac and the 25 million from Pfizer and Johnson & Johnson will make the 100-million mark achievable.

The Thai government also plans to order an additional 50 million doses for next year as booster shots will likely be required, especially if more new covid-19 variants emerge, he said.

On Monday, the Thai government will officially kick off its nationwide vaccination program which it hopes will see 50 million people, or 70% of the population, vaccinated by the end of December, despite many hospitals’ complaints of scant supplies of vaccines at present.

Dr Opas said the department will initially allocate supplies on a weekly basis to those areas most in need until shipments begin to arrive more frequently.

Earlier this week, Dr Opas admitted that an early batch of 200,000 doses from AstraZeneca had meant no province had received a delivery of more than 3,600 shots. However, at yesterday’s briefing, he said that a further 1.8 million doses from the company had just arrived which would be rushed to areas where there had been a significant shortfall.

In addition, 1.5 million doses of China’s Sinovac vaccine will be delivered as mass vaccination begins next week.

Health permanent secretary Dr Kiattiphum Wongrajit said allocations to each province would be fair and transparent, but amounts may also be governed by the severity of outbreaks as well as the need to ensure tourist spots in particular are safe ahead of their reopening.

“Every province will have a supply of vaccines and mass inoculations will start Monday,” he said. “Nothing has changed, there will be no delay.”