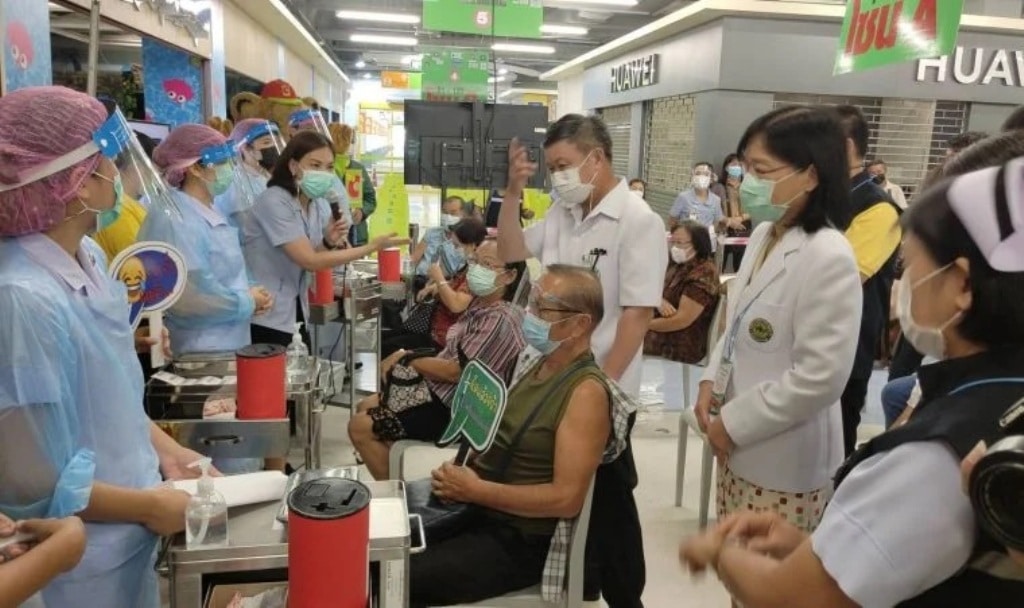 The Thai government has kicked off a long awaited covdi-19 vaccination campaign to inoculate the general population against the covid-19 coronavirus. Presently only 4 million people of the nearly 70 million have received at least one shot since the limited covid-19 vaccine rollout began in February.

In northern Thailand’s Chiang Rai people aged 60 years and over and others in the risk group of 7 diseases who registered for vaccination with Prachanukroh Hospital received their first vaccination dose at 2 locations; Central Department Store and Big-C1 in Chiang Rai City.

According to a government spokesperson there are limitations in the distribution of Covid-19 vaccines because the government was receiving deliveries in gradual lots of contracted amounts.

To meet the demand for vaccines, Thailand signed a contract with Johnson & Johnson on Monday. Thailand expects a total of 25 million doses from Johnson Johnson and from Pfizer, whose officials signed an initial agreement last week.

Meanwhile, Members of the Private Hospitals Association on Monday to agree on the price of Bt3800 for 2 shots of the Moderna vaccine. The Moderna vaccine is described as “alternative vaccine” as its not included in Thailand’s government free vaccination program.

The vaccine will come in three lots — 4 million doses in October, 1 million early next year and 5 million more later.

Previously, the association had said the price should not be more than 3,000 baht for the two-dose regimen. No details were available at this stage on how the new price was calculated.