Does AstraZeneca Vaccine Stack Up Against Pfizer, J&J and Moderna
Advertisement 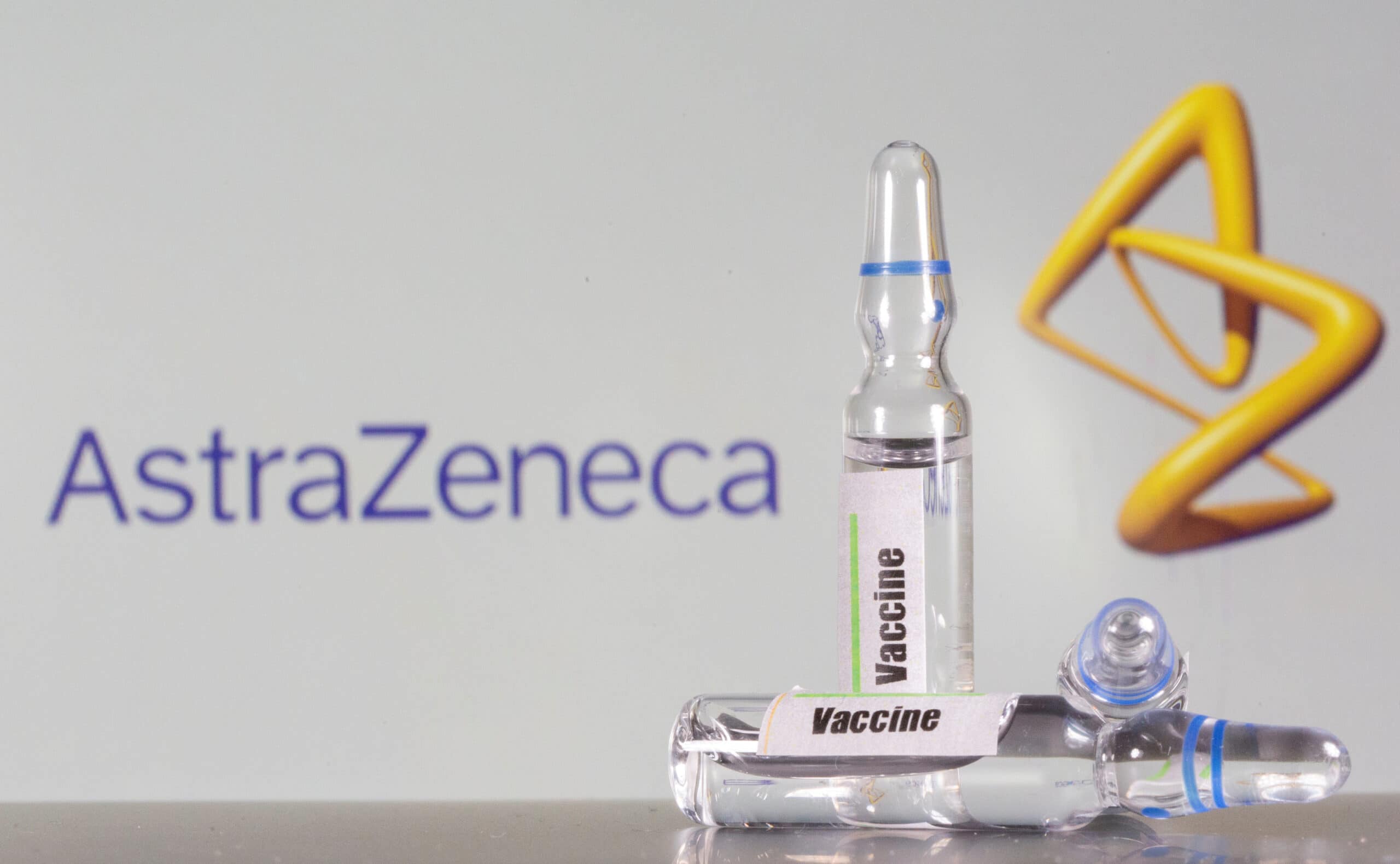 Three COVID-19 vaccines have received authorization from the U.S. Food and Drug Administration (FDA) so far: Pfizer’s, Moderna’s, and Johnson & Johnson’s. But a fourth, developed by AstraZeneca and the University of Oxford, could soon be distributed domestically

AstraZeneca’s COVID-19 vaccine is 76% effective against symptomatic coronavirus infections and 100% effective in preventing hospitalization and severe disease, according to an interim analysis of its United States phase 3 trial, which included more than 32,000 people.

Even better, AstraZeneca’s vaccine can be stored at normal refrigerator temperatures, meaning it could be key to reaching people in rural and underfunded areas, one of the most pressing issues in the fight against the novel coronavirus.

Although the vaccine hasn’t been authorized for use in the U.S. yet, here’s what we know about it so far, and how it stacks up against Pfizer’s, Moderna’s, and Johnson & Johnson’s vaccines. How does the AstraZeneca COVID-19 vaccine work?

AstraZeneca’s vaccine uses adenovirus-vectored technology, a harmless, modified version of a common cold virus that usually spreads among chimpanzees. This altered virus can’t make you sick, but it carries a gene from the novel coronavirus’ spike protein, the portion of the virus that triggers an immune response. This allows the immune system to manufacture antibodies that work against COVID-19, teaching your body how to respond should you become infected.

“It’s used as a Trojan Horse,” says Anna Durbin, M.D., an infectious disease expert at Johns Hopkins Medicine. “The beauty of this is that the genetic material of the spike protein is coming into the body like it would if it were part of the SARS-CoV-2 virus, but you don’t have any of the dangers of [catching] the virus.”

The reason researchers chose a chimpanzee adenovirus is simple: The modified virus needs to be new to the people being vaccinated—otherwise, the body won’t create those all-important, unique antibodies. Johnson & Johnson’s vaccine also relies on similar adenovirus-vectored tech.

The Pfizer-BioNTech and Moderna vaccines, meanwhile, rely on mRNA technology, which essentially introduces a piece of genetic code that tricks the body into producing COVID-19 antibodies, no virus required. Both of these vaccines require two shots spaced about a month apart. 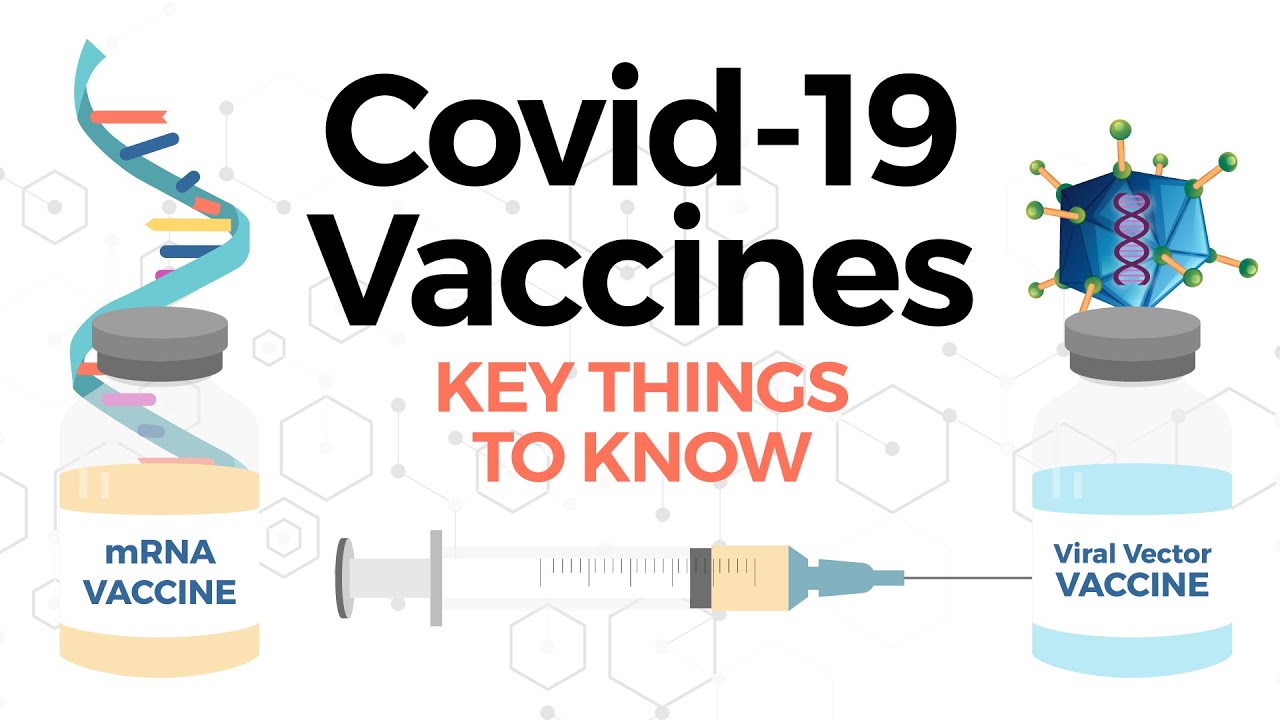 How does AstraZeneca’s vaccine compare to Pfizer’s, Moderna’s, and Johnson & Johnson’s?

Johnson & Johnson’s and AstraZeneca’s vaccines are the easiest to transport so far—they can be stored for up to six months between 36°F and 46°F, normal refrigerator temperatures. The Moderna and Pfizer options, meanwhile, must be stored at subzero temps until they’re ready to be used, at -4°F and -94°F, respectively. (mRNA tech is relatively more fragile, meaning it must be kept at much lower temperatures to remain effective and stable.)

Higher storage temperatures could make distribution much easier. “A clinic, a nursing home, or even [regional] health departments may not have freezers that can hold things at -94°F,” says Kawsar Talaat, M.D., an infectious disease doctor, vaccine researcher, and assistant professor in the department of International Health at Johns Hopkins University. Being able to use a typical fridge “allows time for distribution, allows the vaccine time to get to more rural areas, [and allows vaccines] to be kept at a clinic for a longer period of time.”

The federal government has made all COVID-19 vaccines free to the public, but the U.S. still has to pay for its supply. AstraZeneca’s vaccine is estimated to cost U.S. providers about $4 per dose, per a 2021 BMJ report. Pfizer’s costs about $20 per dose, Moderna’s costs between $25 to $37 per dose, while Johnson & Johnson’s costs about $10 per dose, Forbes reports. These amounts will likely fluctuate as time goes on and the vaccines evolve.

All four vaccines’ side effects are similar, including potential injection site pain and flu-like symptoms, including fever, fatigue, headaches, and muscle soreness, which are to be expected as your immune system is primed, especially after a second dose. “Vaccines stimulate the immune system, and you do have some side effects from that,” Dr. Durbin explains. “Symptoms generally last one to two days.”

Both Pfizer and Moderna report being about 95% effective against COVID-19 after the second shot in clinical trials. Interim results in a real-world study published by the Centers for Disease Control and Prevention (CDC) found both mRNA options were about 90% effective against SARS-CoV-2 infections. (For comparison, the annual flu shot is usually between 40 and 60% effective.) They also reduce the risk of severe illness even if you do become infected with SARS-CoV-2.

The Johnson & Johnson vaccine is about 66% effective at preventing symptomatic COVID-19, and 85% effective against the severe form of COVID-19 that can lead to hospitalization and death, per the FDA. The company’s phase 3 trial also reported no COVID-19-related deaths and no COVID-19 cases requiring medical intervention after 28 days in vaccinated participants.

Interim results from AstraZeneca’s United States trial report that the vaccine is 76% effective against symptomatic COVID-19 infection after two doses spaced four weeks apart; it’s 100% effective against severe illness and hospitalization. Based on a previous study, the AstraZeneca vaccine might become even more effective with doses spaced further than four weeks apart; more research is needed to confirm the significance of this finding, however.

Pfizer’s and Moderna’s trials were done before highly infectious coronavirus variants became widespread; both companies are currently doing more testing to see how their respective vaccines stack up; a third booster dose will be necessary for renewed protection. So far, Pfizer maintains that it has “not seen any evidence that the circulating variants result in a loss of protection,” while Moderna says initial data shows its vaccine “provides neutralizing activity against variants of concern.”

Johnson & Johnson’s global phase 3 trial was completed amid the spike in variants. Its study found that the vaccine’s efficacy dropped in South Africa, presumably due to the B.1.351 variant that has dominated the region. That said, it still provided worthwhile protection in South Africa: 64% efficacy after 28 days, which is in-line with the annual flu shot’s protection.

Does the AstraZeneca vaccine cause blood clots?

First approved in the United Kingdom on December 30, AstraZeneca’s COVID-19 vaccine received World Health Organization (WHO) approval in February and has since expanded to much of Europe, Asia, and Africa. But sporadic reports of a rare blood clotting disorder called cerebral venous sinus thrombosis (CVST) hindered the vaccine’s rollout, which was temporarily paused by 13 European nations and Thailand in mid-March.

However, both the European Medicines Agency (EMA) and the WHO insist that the vaccine is safe, citing under 30 reported cases of serious blood clots among 20 million people given the AstraZeneca vaccine across Europe. In its review, the EMA noted that it is unclear if the events are related, and more research is needed to confirm direct causation.

Johnson & Johnson’s COVID-19 vaccine, the only adenovirus-vectored option offered in the U.S., was also temporarily paused in the U.S. in April following rare reports of CVST. Part of the reason for the pause, Dr. Durbin explains, is making sure that healthcare providers are prepared to treat these blood clots and to inform people of the risks—however slight—of complications.

“The thought is [incidents of CVST] have something to do with the adenovirus vector that’s being used to deliver that spike protein genetic material,” Dr. Durbin says. These cases are so rare that most experts believe that there is a “host component, something about the people who got the clotting disorder that’s different from people who didn’t.”

Right now, Dr. Durbin explains, more research is needed before drawing any conclusions about what might cause these rare blood clotting incidences following the AstraZeneca and Johnson & Johnson vaccines. These issues were missed in clinical trials, she says, because they’re so exceedingly rare. No increased likelihood of blood clotting was found among participants in AstraZeneca’s United States trial. Which COVID-19 vaccine is the best?

“The best vaccine is the one that’s offered the day you go in for your appointment,” says Andrew Thomas, M.D., chief clinical officer at The Ohio State University Wexner Medical Center. “All of the [available] vaccines are incredibly effective. They’re all safe.”

Each vaccine that has received FDA authorization has been proven to decrease severe illness, hospitalization, and death, the worst outcomes of COVID-19. Although the AstraZeneca vaccine hasn’t yet been approved in the U.S., research suggests it has those same effects in the places where it’s being distributed.

“The best vaccine is the one that’s offered the day you go in for your appointment.”

“If all you got from COVID-19 was a head cold, we wouldn’t be concerned,” Dr. Durbin says. “That’s what these vaccines are doing: They’re preventing that severe disease that is paralyzing healthcare systems around the world.”

But remember: Vaccines aren’t a silver bullet. They must be combined with masks, hand-washing, and social distancing to work as effectively as possible, per the CDC. No matter which COVID-19 vaccine becomes available to you first, you can feel confident in its ability to protect you, as long as you continue being cautious until positive cases, hospitalizations, and deaths are significantly reduced nationwide.

“If you can get a vaccine, get vaccinated,” Dr. Durbin says. “[Take] whatever vaccine that you can get to help us get out of this pandemic.”

This article is accurate as of press time. However, as the COVID-19 pandemic rapidly evolves and the scientific community’s understanding of the novel coronavirus develops, some of the information may have changed since it was last updated. While we aim to keep all of our stories up to date, please visit online resources provided by the CDC, WHO, and your local public health department to stay informed on the latest news. Always talk to your doctor for professional medical advice.

This content is created and maintained by a third party, and imported onto this page to help users provide their email addresses. You may be able to find more information about this and similar content at piano.io

Caviar | 5 Best Reasons You Should Be Eating Premium Caviar

The Best Supplements for Better Skin This Summer