The suspect, 23, believed that the patients at the Covid-19 field hospital were drug addicts and that he hated drug addicts, regional police chief Amphol Buarabporn told Reuters, after an initial investigation.

The Covid-19 field hospital was once a drug rehabilitation centre and was reorganized to treat Covid-19 patients.

Closed-circuit camera footage that circulated online showed a man walking into a hospital in combat uniform and red beret brandishing a firearm. Hours earlier, the suspect shot and killed a convenience store employee in Bangkok over a dispute, Mr Amphol said.

Pictures of the scene at the field hospital showed broken glass in front of an area where patients were sat in their beds. 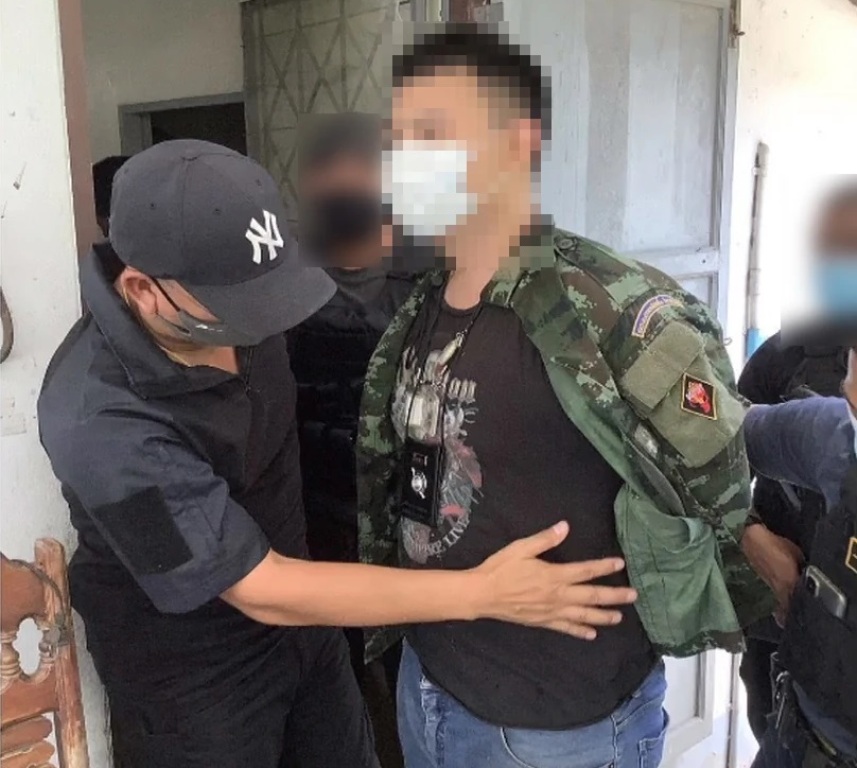 The former soldier father Mr Kitti Saengnilsakul, 61, said his son had pent-up anger dated back to his army service. He said his son Kawin, 23, had held a grudge against his army trainer who he alleged had used drugs and physically assaulted him.

That was the reason why the son went to the Princess Mother National Institute for Drug Abuse Treatment in Thanyaburi district, Mr Kitti said. He told police that he had warned his son not to hurt innocent people.

Mr Kawin served as a private at the Ranger Battalion in Lop Buri province for two years. He was discharged on Nov 1, 2019. According to Mr Kitti, his son left home in Thanyaburi at about 10pm on Wednesday.

He only learned from police the next morning that his son had committed murder, he said.

Pol Maj Gen Chayut Marayat said the gunman had apparently lost his temper at the 7-11 convenience store on Soi Lat Phrao 25. There, he had a dispute with an employee after he refused to pay for a bottle of beer that he had accidentally dropped. He returned to the store and shot the employee dead at about 2.50am.

Later, he changed into a camouflage suit and went to the institute in Pathum Thani.

The victim at the 7-11 convenience store was identified as Rathawit Santikuptapong, 32. He was shot three times in the back. The other victim at the field hospital was Suksant Saowapan, 54, who had been shot multiple times in the head in front of a toilet room.

Why is Custom CBD Box Packaging Important for Your Product?