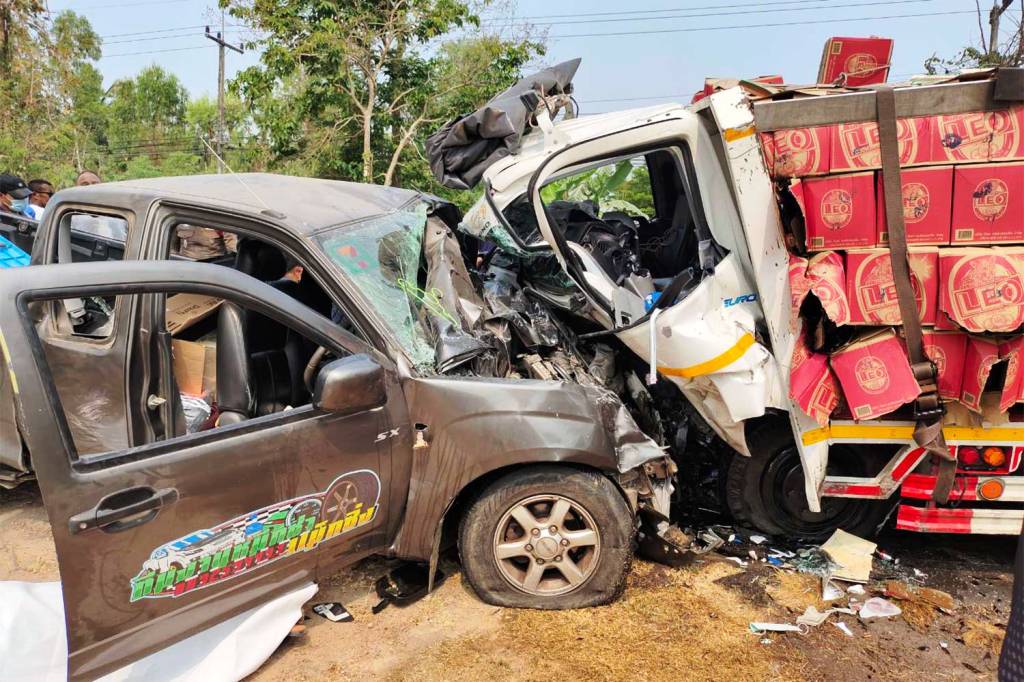 When police, rescue workers and medical staff arrived on the scene the found two people inside the pickup, already dead, their bodies were trapped in the wreckage. The front of the pickup was wedged into the front of a beer truck and in the back there were many broken beer bottles. There were also cases of beer and bottles scattered along the road. Four men in the beer truck sustained injuries.

The dead couple were later identified as driver Prasit Sorsa-ard, 62, and his wife Pimonmat Sorsa-ard, 60, of Chom Bung district in Ratchaburi. Injured were the beer truck driver Suwit Sukkho, 33, and three workers.

According to the police investigation, the beer truck was travelling from Photharam district to deliver beer in Suan Phung when the pickup suddenly rammed into it.

Police believe the pickup driver might have fallen asleep at the wheel because he and his wife had left home at around 3am to sell goods at at the Tham Hin refugee camp in Suan Phung. The couple were returning home when their vehicle collided head-on with the beer truck.

One Dead, 2 Injured after Pickup Truck Crashes into Freight Truck