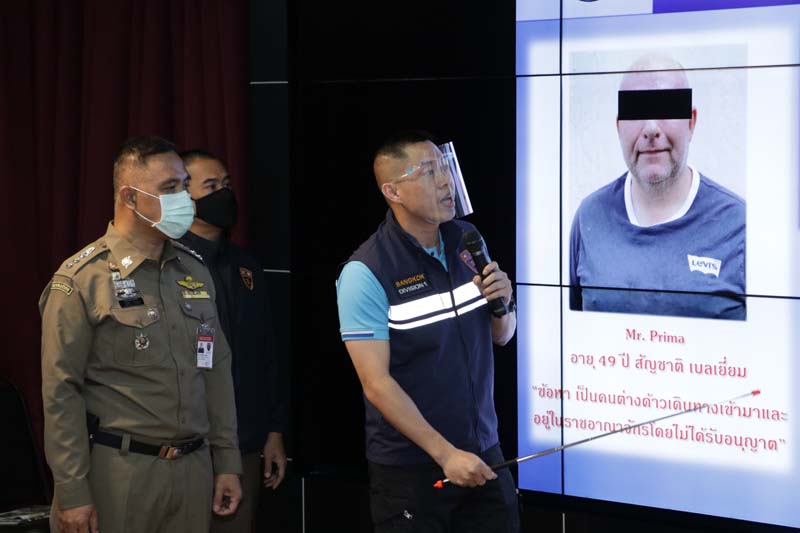 The Belgian man had been living in an apartment at Wang Thonglang District, Bangkok. Immigration officials said an investigation discovered that the man has been living in a same apartment for over 4 years. Other residents report that the Belgian often brought Thai women to live with him. Most of the time never the same woman, the Siamrath reported.

When immigration officials has collected enough information they visit him at his apartment in Bangkok.

Upon arrival at his apartment immigration officers said the man identified himself as Mr. Prima 49 from Belgium.  Furthermore he did not have information showing entry into the Kingdom.

Belgian Blacklisted in 1999 for Forgery

When officials did a deeper background check they discovered Mr. Prima was arrested in Thailand in 1999 for forgery. As a result, his name was in the blacklist meaning that he could not enter the country.

Mr. Prima was deported back to Belgium after being blacklisted from Thailand. He attempted to fly into Suvarnabhumi Airport in 2014 but was denied entry by Immigration officials. Instead of returning to Belgium, he flew to Myanmar then to Cambodia. He then entered the Kingdom by sneaking through the border.

While living in Thailand Mr. Prima worked as an actor as he could speak fluent Thai. He told Immigration officials has acted in drama series and movies as supporting roles.

When there was a drama series requiring a foreign actor, most of the time he was contacted to be a part of the production. Immigration Police have arrested the Belgian on charges relating to entering the Kingdom without permission. The suspect is now at the Wang Thonglang Police Station waiting for prosecution.