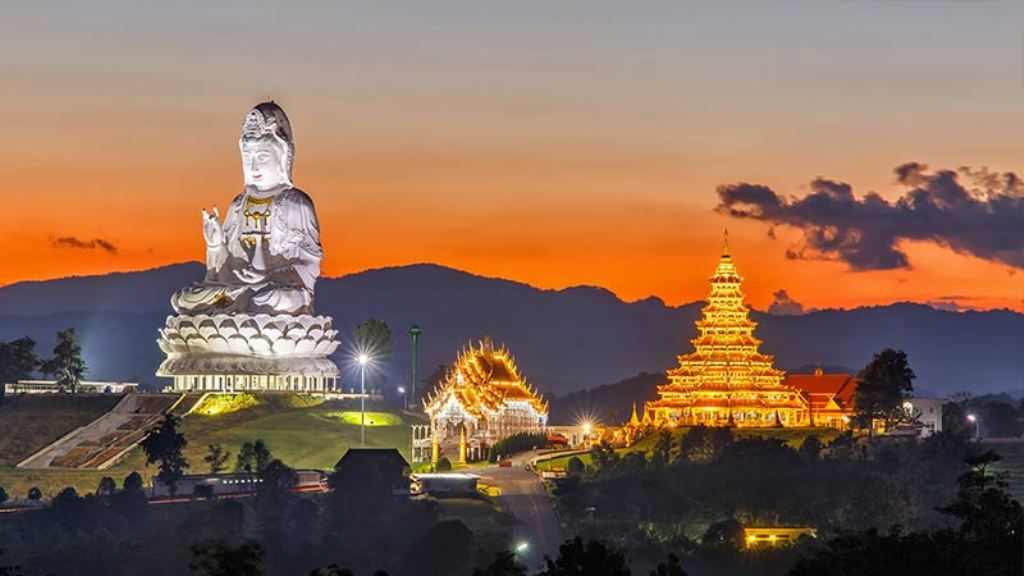 Thailand has plenty to offer. From its natural wonders to the deep historic heritage that is available in the country, Thailand is one of the most exciting places to visit and be in general. Thailand is home to a fish that actually walks on land and the country hosts one-tenth of the world’s animal Kingdom.

The country is known for its beautiful orchids and despite its beauty and charm it has never fallen in the hands of European colonists. A proud and independent country, Thailand is a magic place, with many interesting factoids about it you would certainly be keen to find out for yourself.

1. Home to a Fish that Walks on Land

Have you heard about Cryptotora thamicola? Perhaps not, yet it’s one of the most wondrous creatures in the world and it has chosen Thailand as its home. This species of fish can actually walk on land, proving once and for all that our forefathers really started from the bottom.

The fish, though, would amaze you in other ways if you pay close attention. Cryptotora thamicola has two fins on its back that allow it to go upstream, and specifically swim up waterfalls. If you see Cryptotora thamicola, it may remind you of a salamander, but it’s in fact more closely related to your goldfish.

The popular sweetened and non-carbonated energy drink Red Bull actually comes from Thailand. While you definitely would have thought that anything that wants to keep you active overtime is a product of the West that is not the case.

In fact, Red Bull was born in 1987, when an Austrian entrepreneur, one Dietrich Mateschitz, discovered the secret of Krating Daeng a sweet drink that was sold across Asia in the 1970s. Mateschitz followed the formula closely, infused the drink with caffeine and other ingredients and has successfully branded it ever since.

Thailand is the only country in the Southeast Asia region that was colonized by a European power. In fact, the native language is Prathet Thai which basically means “Land of the Free.”

While others have fallen before the inexorable march of colonizers from far and distant lands, Thailand persevered in a way that allowed it to stay neutral in the big squabbles of foreign powers.

Thailand has fantastic bio diversity and one which guaranteed the country a leadership position in the export of orchids. In fact, Thailand is the world’s leading exporters when it comes to orchids with around 45% of all flowers produced in the country sent abroad.

If you think that’s impressive, just wait until you hear about the actual orchid diversity with over 1,500 different you can find out in the Thai wilderness. Orchids, though, don’t mind growing in suburban areas and anywhere where there is a piece of soil to cultivate the flower. However, 2020 has been bad for orchids as the slump in tourist industry has had a negative effect on orchids.

Peace and quiet has been reigning in Thailand and with that people got used to their way of life, but so has King Bhumibol Adulyade who is officially the world’s longest-reigning monarch. He came into power shortly after World War II had ended and reigned until his death on October 13, 2017.

Thailand has a lèse-majesté as an active law, so anyone who tries to denigrate the royalty or any members of the royal family in general can face prison time or worse, a death sentence. It seems a little extreme and it is, but for all its beauty, Thailand has its quirks.

King Adulyade reigned for 70 years and 126 days and he was deeply respected by his subjects. In fact, King Adulyade has had a good and meaningful life. He held an engineering degree and composed the country’s national anthem.

Every religion out there has its own – often stern – view on gambling. According to GamblingNews author Luke Thompson, the act of gambling isn’t necessarily a sin in the Bible, but this doesn’t mean that Buddhism should endorse the same worldly view.

In fact, you may argue that all religion hold any game of chance like gambling in the same dubious state of endorsement. Well, Buddhism doesn’t explicitly prohibit it, but Thailand has very strict laws on gambling. In fact, there are only a few types of games of chance you can participate in, including sports and lotteries.

Even those must be sanctioned by the government. If you are found participating in illegal gambling, you are facing criminal charges for gambling.

7. Thailand Has a Ban on Logging

The country known for his lush forests used to actually have a whole lot more of it. Today, only one-fourth of the natural forests of Thailand remain intact, and that is why the country had to ban logging.

Actually, one of the biggest proponents of preserving Thailand’s nature has been Pepsi Cola (Thai) Trading Company Limited which has been actively pushing for the restoration of deforested areas and restoring lost ecosystems.

7. No Military Service But Buddhism Instead

If you live in Thailand, you may not need to go and do a military service, but in the past, it was customary for young man who had turned the age of twenty to become Buddhist monks.

Now, apparently, a nation with over 66 million monks isn’t one where every man goes on to remain a monk his entire life, but it was habitual for young men to study the ways of Buddha for at least a little while.

9. Do Not Mess with the Royalty

As mentioned before, lèse-majesté is part of the criminal code and paying disrespect to the royal family of any kind, verbal or in person, means that you are looking at some stern response from authorities.

Defaming the royalty is no joke and it could easily fetch you a prison sentence of up to 20 years or life, and in some rare instances, depending on the severity of the transgression, a death sentence. Now, the instances of death sentence are actually nonexistent, but it’s a good reminder of what might follow.