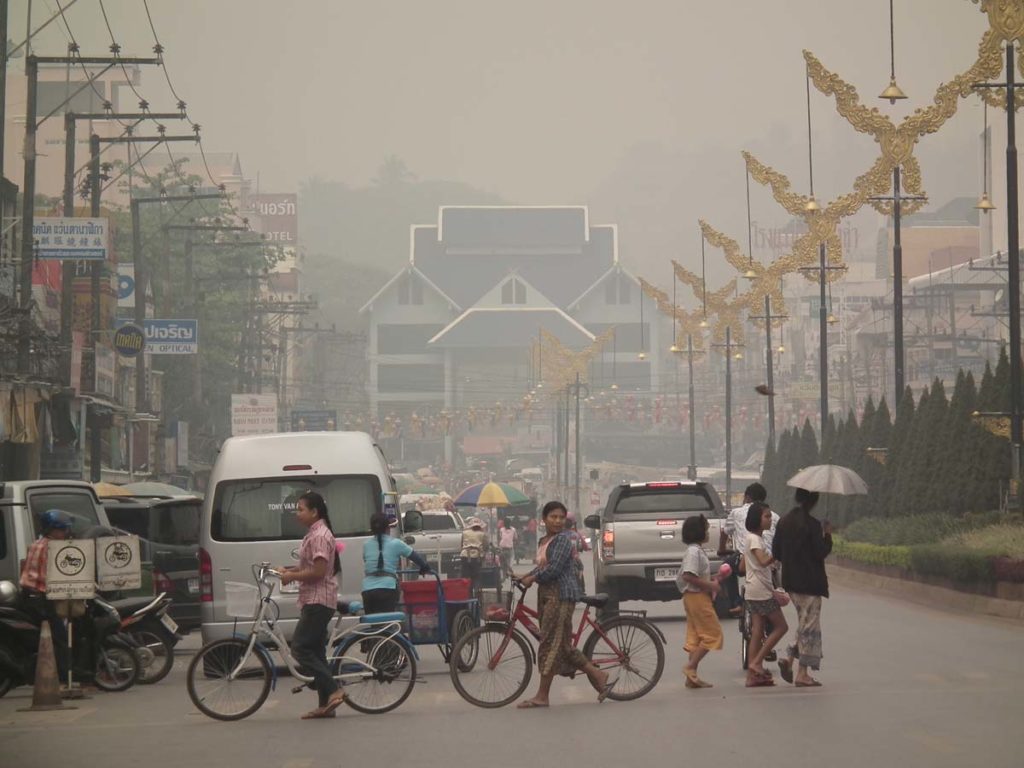 Chiang Mai yesterday afternoon (March 10) became once again the city with the worst air quality in the world, according to AirVisual.com. Chiang Mai’s air quality index (AQI) had a PM2.5 level of 239 micrograms per cubic metre on average.

Much higher than the 100 AQI (Air Quality Index) safety standard. Areas with the highest PM2.5 levels included Chiang Dao district at 445 and Mae Taeng district at 355, the Nation reports.

The Pollution Control Department reported that air quality in the North will worsen this week due to the burning of fields and farmlands in neighbouring countries. Which has created high levels of particulate matter less than 2.5 microns in diameter, or PM2.5, in the region.

The department cited heat signature readings, which have spiked around Tachileik city at the Mae Sai border in Chiang Rai. Despite the burning ban in Chiang Rai, haze from neighboring Myanmar and Laos is smothering the north. The PM2.5 dust levels in Chiang Rai has once again hit very unhealthy levels.