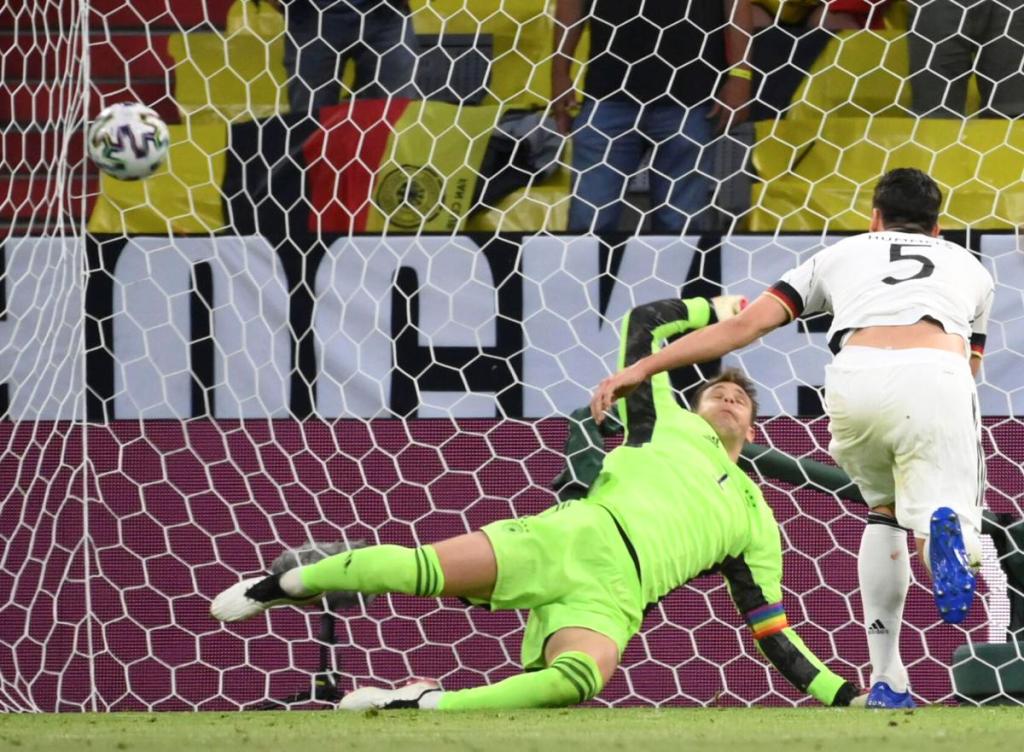 Germany’s Mats Hummels gave world champions France a 1-0 victory in their Euro 2020 opener at the Allianz Arena in Munich. Mats Hummels, recalled by Germany boss Joachim Low for the tournament following a two-year absence, sliced Lucas Hernandez’s cross into his own net (20) to give favourites France, runners-up at the last Euros, a winning start in Group F.

The eagerly-anticipated encounter proved an absorbing affair, although a little cagier than many were expecting, with clear scoring opportunities at a premium after the own goal.

Serge Gnabry went closest for Germany, sending a looping volley narrowly over the bar from a Robin Gosens cross, while France, their ranks bolstered by the return of Karim Benzema, who started up front, struck the post through midfielder Adrien Rabiot.

Didier Deschamps’ side also saw two goals ruled out for offside in the second half; a superb curling finish from Kylian Mbappe and a close-range strike from Benzema following a counter-attack.

Ultimately, though, Hummels’ own goal proved sufficient for France, whose accomplished performance, featuring fine individual displays from Paul Pogba and N’Golo Kante, offered a reminder of why they are so heavily fancied to go the distance.

The victory of France vs Germany places them level on points with Portugal in Group F following the holders’ 3-0 victory over Hungary earlier on Monday and leaves Germany with work to do in their remaining games to secure a place in the knockout stages.

Germany, whose manager Low will be replaced by Hansi Flick after the tournament, started the game on the front foot as they sought to capitalise on their home advantage but it did not take long for France to move into the ascendency.

In fact, they should have already been in front by the time the opener arrived, with Pogba heading Antoine Griezmann’s corner wastefully over the bar from six yards out.

Moments later, Mbappe forced a diving save from Manuel Neuer having cut inside from France’s left flank, where he was up against Joshua Kimmich, who walked a disciplinary tight rope all evening having been booked just seven minutes into the game.

France’s opener arrived just a few minutes after those chances, with Pogba’s exquisite diagonal pass opening the hosts up and allowing Hernandez to provide the decisive cross.