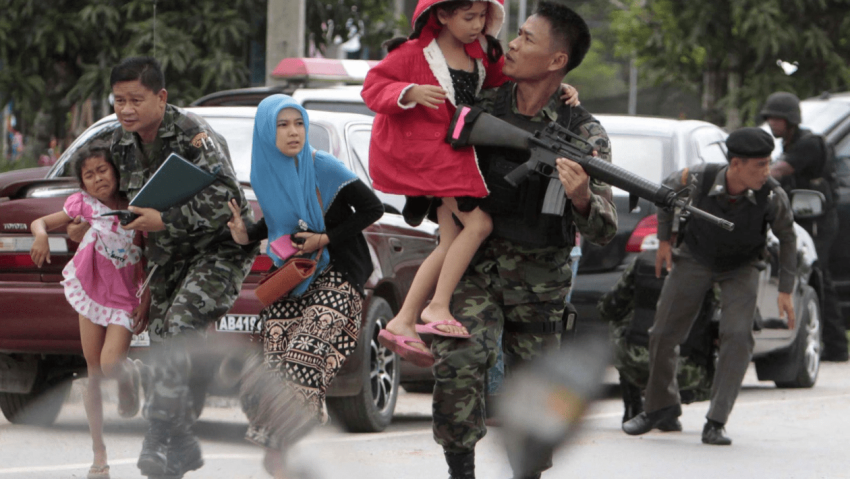 The National Security Council has reported that an emergency decree for Southern Thailand will be extended for another 3 months. Secretary-general Gen Somsak Rungsita said the decree covers three southern border provinces of Pattani, Yala and Narathiwat.

The NSC chief was speaking after a meeting on Monday of the committee for the administration of emergency situations chaired by Deputy Prime Minister Prawit Wongsuwon.

The 59th extension of the decree was at the request of the forward headquarters of Internal Security Operation Command Region 4. Following an assessment of the state of insurgency in the three southern Thailand border provinces, he said.

Gen Prawit also instructed ISOC Region 4 and all security units in the three provinces to build up public confidence. Above all by conducting a thorough assessment of the situation. And also taking the offensive in intelligence operations and ensuring justice in law enforcement.

Ethnic Malay Muslim militants have been fighting the state for decades in the Muslim-majority of southern Thailand. The militants seek independence and an end to what they see as Thai colonialism. Their insurgency is rooted in ethnic Malay nationalist resistance to Thai rule.

A rule that followed the extension of Siamese sovereignty over the Patani sultanate at the beginning of the twentieth century. Violence is largely confined to three provinces in southern Thailand, Narathiwat, Pattani and Yala. As well as the four south-eastern districts of Songkhla province.

Muslims account for roughly 85 per cent of the population in these areas. Furthermore the insurgent movement is distinguished by its secrecy and reluctance to assert an organizational identity. Insurgents tend to identify simply as juwae (fighters. Rather than as members of a particular militant group. It remains a parochial nationalist insurgency – distinct from transnational jihadist movements. Above all in which Islam is foremost a marker of Malay cultural identity.

Factors to Consider When Choosing The Best Kindergarten