Western Nations Calling for an Investigation into China and WHO 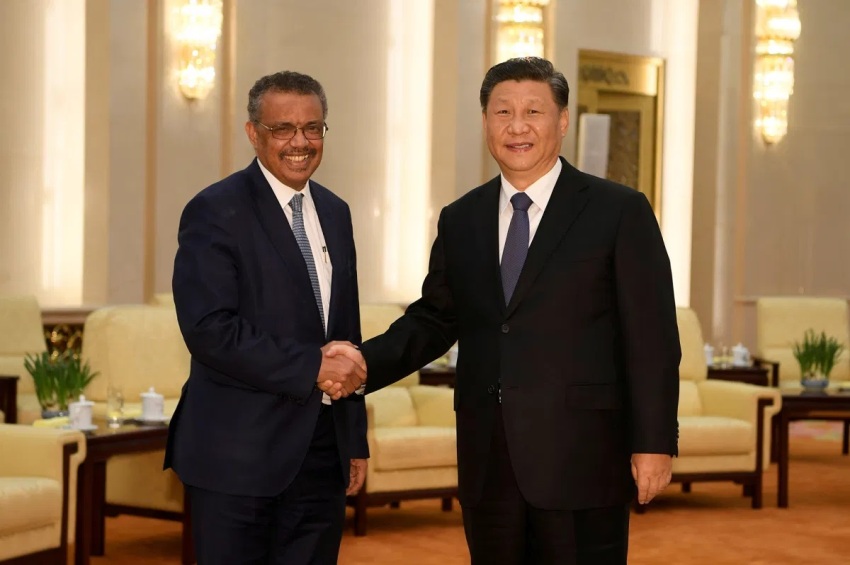 Western Nations are calling for an investigation of China’s response to the coronavirus pandemic and the World Health Organization’s handling of the crisis. China concealed coronavirus from the West and is ‘evading’ blame for the pandemic, a former head of MI6 says.

Sir John Sawers said China was not honest when the disease first surfaced and faced ‘anger’ from the international community.

He also insisted the World Health Organisation (WHO) faced ‘serious questions’ for failing to scrutinise China’s activities. Although he suggested Donald Trump should direct his fury at China rather than the UN agency.

The comments came after ex-foreign secretary Lord Hague warned the UK cannot be dependent on the Asian superpower for technology. Above all after the crisis demonstrated it does not ‘play by our rules’.

Speaking on BBC Radio 4’s Today programme, Sir John said: ‘There is deep anger in America at what they see as having been inflicted on us all by China, and China is evading a good deal of responsibility for the origin of the virus, for failing to deal with it initially.

‘At the same time we cannot find a way out of this without working with China… The world will not be the same after the virus as it was before.’

Sir John said ‘intelligence is about acquiring information which has been concealed from you by other states and other actors’. ‘There was a brief period in December and January when the Chinese were indeed concealing this from the West,’ he said.

Sir John said China increasingly appeared ‘completely at odds’ with the West. But he said Mr Trump’s decision to target the WHO was not the best response.

On Sunday Australia called for an investigation into the global response to the coronavirus pandemic. Including the World Health Organization’s handling of the crisis.

Foreign Minister Marise Payne said the country would “insist” on a review that would probe, in part, China’s early response to the outbreak in Wuhan. The city where Covid-19 emerged late last year.

“We need to know the sorts of details that an independent review would identify for us about the genesis of the virus, about the approaches to dealing with it (and) addressing the openness with which information was shared,” she told public broadcaster ABC.

Payne said Australia shared similar concerns to the United States. President Donald Trump has accused the WHO of “mismanaging” the crisis. Even more covering up the seriousness of China’s outbreak before it spread.

Payne added she believed the fallout from the pandemic was set to change the relationship between Australia and China “in some ways”. With her concern around Beijing’s transparency now “at a very high point”.

Australia — which has recorded 6,600 coronavirus cases and 70 deaths linked to COVID-19 — was one of the first countries to impose a ban on travel from China.

Germany and France’s eyes on China

Germany has sparked outrage in China after a major newspaper put together a £130bn invoice that Beijing “owes” Berlin. Following the impact of the coronavirus pandemic. China responded by claiming the invoice “stirs up xenophobia and nationalism”. Ironic as China’s incarceration of over a million ethnic Uighur Muslims isn’t xenophobic. China is trying to use racism in its battle to control the narrative about its handling of the Wuhan Virus crisis.

Germany has followed France, the UK and the US in directing its coronavirus anger at China. “Where the virus originated.” Recent attacks come amid findings that China appeared to cover up the true scale of the crisis.

This week the city of Wuhan, where the outbreak started, revised its number of fatalities. Sudden the coronavirus cases 50% jump in the new figures. The City says 1,290 more people died than previously reported. Bringing questions about the credibility of China’s reporting.

Lying comes naturally to China’s Communist government. They will say anything to maintain its tight grip on the reins of power. Officials in Beijing continue to lie about the number of deaths in Wuhan, the epicenter of the coronavirus.

The official death toll was 2,500, but some 5,000 burial urns were delivered to just one Wuhan crematorium. Even more, pictures of overwhelmed Wuhan hospitals circulated widely. Radio Free Asia, which has excellent sources within China, says that as many as 42,000 people could have died in Wuhan alone.

Today, we are still waiting for the lies to end. And above all the truth to be told about life and death in a country that some call “the land of the lie.”