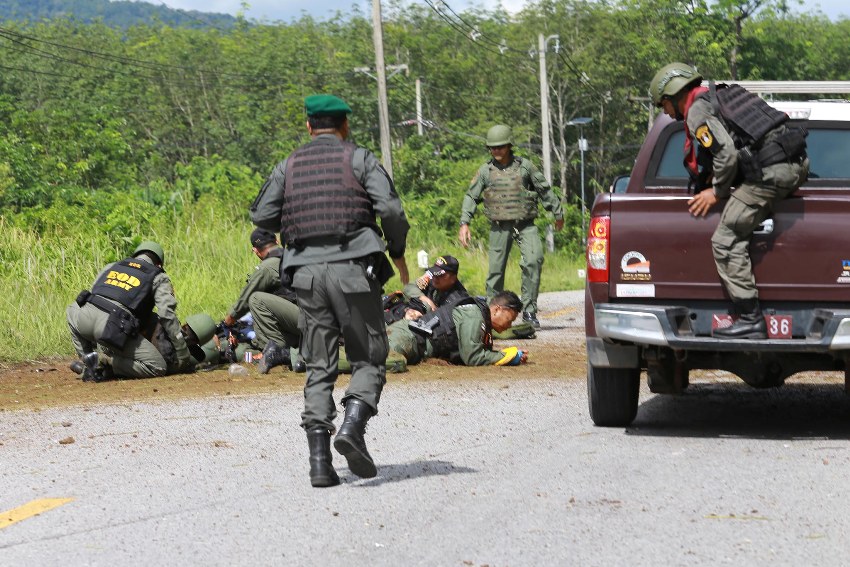 A Thai soldier has been killed and two others wounded in a firefight between an army patrol and insurgents in Southern Thailand. The clash occurred about noon near Pattani dam in Yala on Wednesday.

On Tuesday, three insurgents were killed in an exchange of gun fire with a government force near Pattani dam. That operation began on March 12 after one soldier was killed in a clash.

Pol Col Pramote Prom-in said the clash occurred about 5pm on Tuesday. Consequently the sixth day of an operation to pressure southern insurgents to surrender. The operation began on March 12 after a clash in which four members of a government force were injured.

According to the Bangkok Post, two of the men killed in Tuesday’s operation had been identified as members of the insurgent group that attacked a security checkpoint in Yala on Nov 6, 2019.

Furthermore fifteen people were killed and another five injured in the firefight attack.

Thailand’s deep southern provinces of Yala, Narathiwat and Pattani, have seen up to 7,000 deaths over the past 20-years. Above all as a local insurgency rages over long-simmering border and also religious issues.