Former Top Cop Shoots Himself In The Face Attempting Suicide 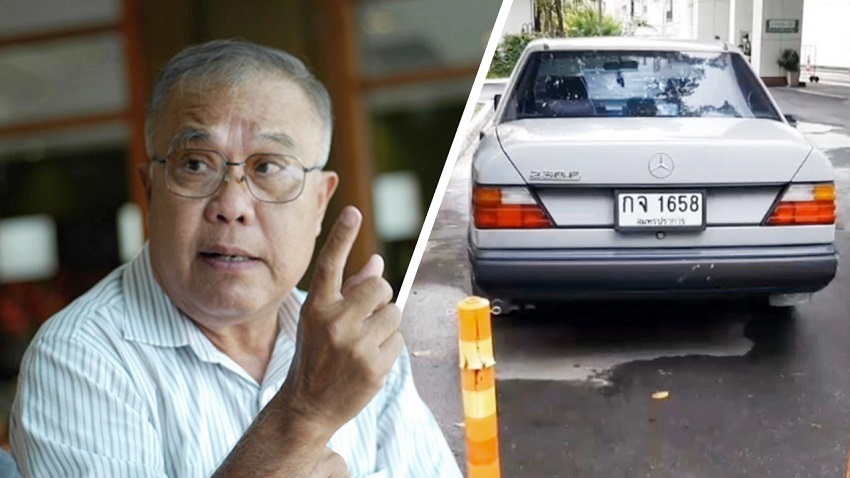 A former Bangkok police chief is recovering in hospital after shooting himself in the face in an apparent suicide attempt. The former top cop apparently shot himself while travelling in a car driven by his niece.

Pol Lt Gen Sophon Waratchanon the former head of the Metropolitan Police Bureau, who retired from the force in 1998, had recently undergone knee surgery and complained that he did not want to live anymore.

Before the incident, his niece had taken him out for a sightseeing drive around the neighborhood near his house. As they drove along Ekkamai Soi 10 on the way back to his home, he suddenly pulled out a .22 Walther and fired a shot into his cheek.

His niece immediately set off for a nearby hospital but as the car arrived near the Ekkamai intersection, Pol Lt Gen Sophon tried to shoot himself again but the bullet hit the roof of the car as the driver tried to seize the gun. She immediately drove him to Sukhumvit Hospital.

The retired officer was said to be out of danger and is being treated at the hospital. Police plan to question him once he is able to talk, the Bangkok Post reported.

Klong Tan police inspected the car at the hospital and found traces of bloodstains in the front passenger seat. There was also a bullet hole in the roof of the sedan, from the attempted suicide.

Meanwhile, academics are urging the government to review virus lockdown measures and make its financial relief scheme as more people are trying to commit suicide.

According to its study, 38 suicide cases were attributed to the lockdown; business closures; job losses and furloughs; noting 28 resulted in deaths. It concluded that the government’s measures were lopsided because they do not alleviate the social and economic impacts.

Anyone who feels depressed, lonely or suicidal can call the following service numbers: