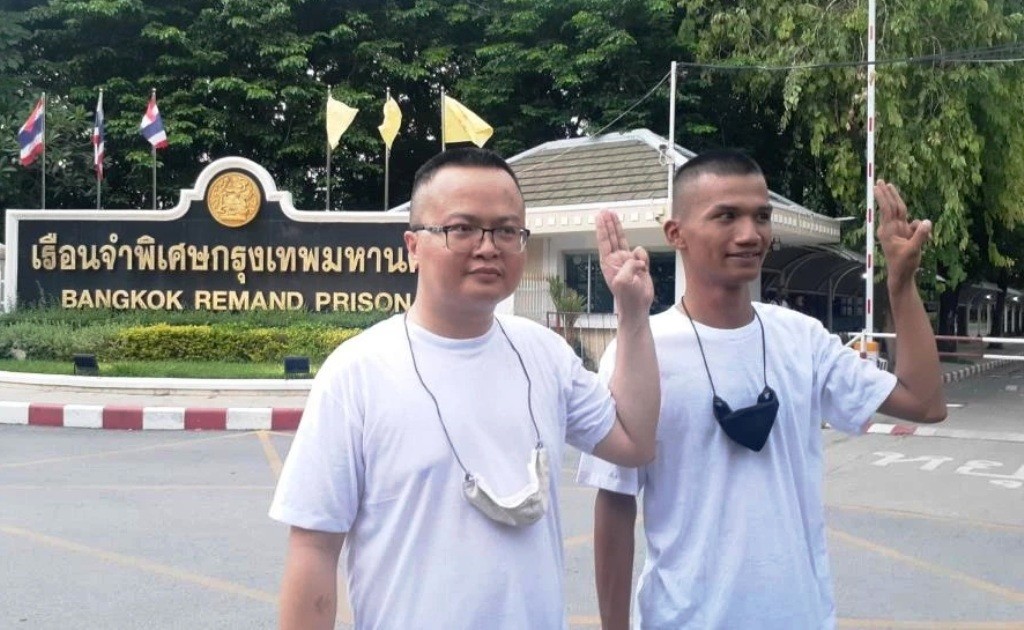 A Thailand Court has freed 2 prominent Thai activists after they were arrested last month for their roles in anti-government rallies. They were released on Monday after spending five days in prison for bail breaches.

But police from the precinct that initially arrested the pair revoked the detention request. Saying an investigation into their conduct while on bail showed there was no need to hold them. A Criminal Court statement said on Monday, the court considered this and issued an order for their release.

Both have participated in near-daily protests in the past two months to demand the military steps back from politics and the removal of Prime Minister Prayut Chan-o-cha, who first came to power in a 2014 coup.

Mr Prayut last month begged protesters “not to create chaos”and said problems can he solved together.

Panupong and Anon have been arrested several times and were among more than a dozen protesters charged recently with inciting unrest and breaching covid-19 regulations banning gatherings.

“This is a good lesson to those wielding powers in this country that their use of power must be just,” Anon told Asia One. Asked if he was concerned about mounting cases against him, Anon said: “Not at all. To catch a fish it’s normal to get wet”.

Panupong said their fight would continue. “They can only lock us up physically but they cannot lock out our ideals and our fighting spirit,” he said. Anon is also among several activists who made a bold public call for reform of the monarchy, until recently a taboo issue in Thailand.

A student group plans a major protest on Sept 19 and Anon said he and Panupong “will certainly participate”.

How Can a Merchant Accept Bitcoin?