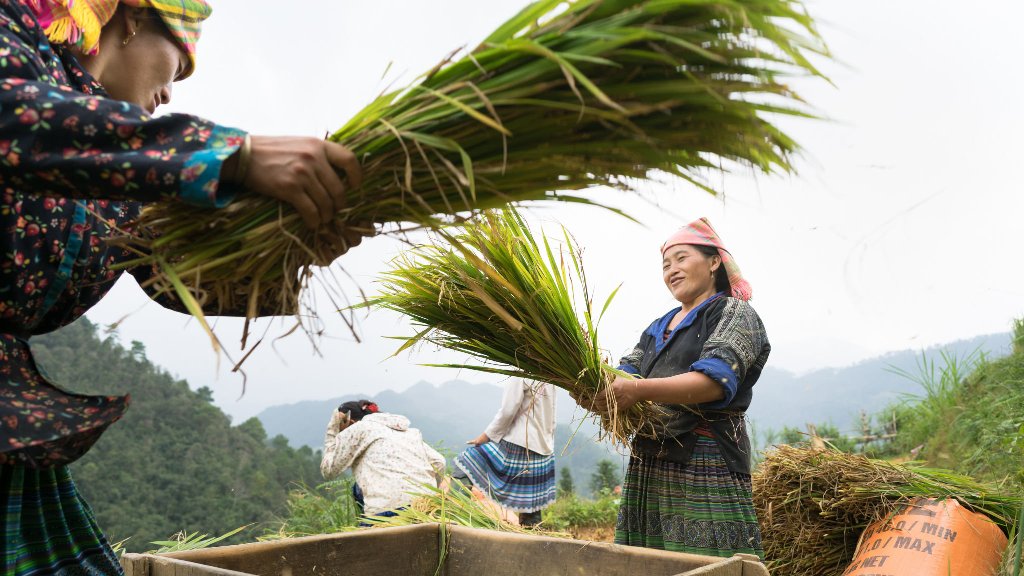 According to a Global Agricultural Information Network report Thailand’s rice production is expected to rebound in the 2021-22 market year. The good news for Thailand comes after the Kingdom being challenged with a two-year drought.

Favorable weather and adequate water supply boost Thailand’s rice production forecast to 21 million tonnes in the 2021-22 marketing year. Thailand’s rice consumption is also to increase based on an anticipated tourist increase in 2022 following the COVID-19 pandemic.

However, the US Department of Agriculture does expect rice exports may be challenged by noncompetitive Thai rice prices, shipping container shortages and high transportation costs. Thailand’s rice exports totaled 1.13 million tonnes between January 2021 – March 2021, down 23% from the same period last year.

Meanwhile, Thailand is mired in triple trouble gravely affecting its rice exports: decreased production because of droughts, exports at 23-year lows due to the high baht, and higher shipping charges.

Amid emerging expectations that rice exports from the Kingdom, once the world’s biggest exporter, will further drop this year, the government is stepping up efforts to regain that position by lowering export surcharges and improving rice breeds.

At a cabinet meeting in April, the government affirmed a plan to lower surcharges it collects from exporters for rice exports to the European Union and Britain from 2,500 baht ($80.51) per ton to 1,200 to 1,500 baht.

The government decided to prop up rice exports after they shrank 25% in 2020 from the previous year to 5.7 million tons, according to the U.S. Department of Agriculture. The volume of exports was the lowest since 1997, when Thai society was thrown into confusion because of the Asian financial crisis.

Thailand thus fell to being the third-largest rice exporter in 2020, surpassed by Vietnam, which exported 6.16 million tons.

Weakened price competitiveness is one reason for the fall in Thailand’s position as a rice exporter. Exports of Thai rice were priced at $542 per ton in February, losing to those of Indian and Vietnamese rice, which were quoted at $393 and $520, respectively.

Rice production in Thailand contracted because of droughts hitting its rice-producing region in 2019 and 2020. The appreciation of the baht and steep rises in freight charges for container vessels dealt additional blows to rice exports.