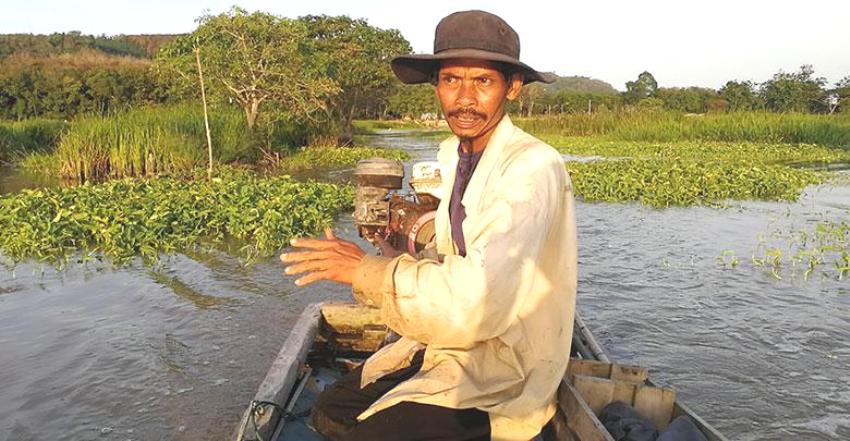 A man in southern Thailand has successfully completed a kilometer long hand-dug canal after 17 years in the making in Songkhla Province.  41 year-old Jirasak Misuan started hand-digging the 1-kilometer long canal in 2003.

Today, the canal is used by all villagers near the area for agriculture and also daily life. Jirasak Misuan said he spend 17 years of his life in southern Thailand digging the canal because it was often too dry throughout the year.

Villagers now use the canal every day for agriculture, daily life, and also fishing. Jirasak is known as P’mun to locals which means “little water” in Thai. It is usual to see villagers with their buffalo’s drinking from the canal, some search for vegetables that grow by the water, and some also come to find fish with their families.

The hand dug canal Spans over 5000 Rai in southern Thailand

Jirasak works as a buffalo caretaker in Thung Pru, Namnoi. Thung Pru spans over 5,000 Rai of land in Hat yai, Songkhla. He said that he has been looking after buffalo’s in Thung Pru all his life.

Using only his hands and a shovel Jirasak dug the 10 meters wide, 1 meter deep canal. He says its now full of water all year long. Villagers also use the canal growing the morning glory vegetable.

The canal also connects to the main water source

His whole life Jirasak wakes up and goes to bed in Thung Pru and nowhere else. He decided one day to create a canal that could be used as a water source in Thung Pru for the villagers and the animals that reside in the area.

The water canal also connects to the main water source that keeps the small canal balanced. Jirasak used the free time he had after tending to the buffalo’s to dig the canal.

Jirasal also said that he continues to dig and expand the canal in whenever the water is low.