How Fraudulent Companies Prey on People in Underdeveloped Countries
Advertisement 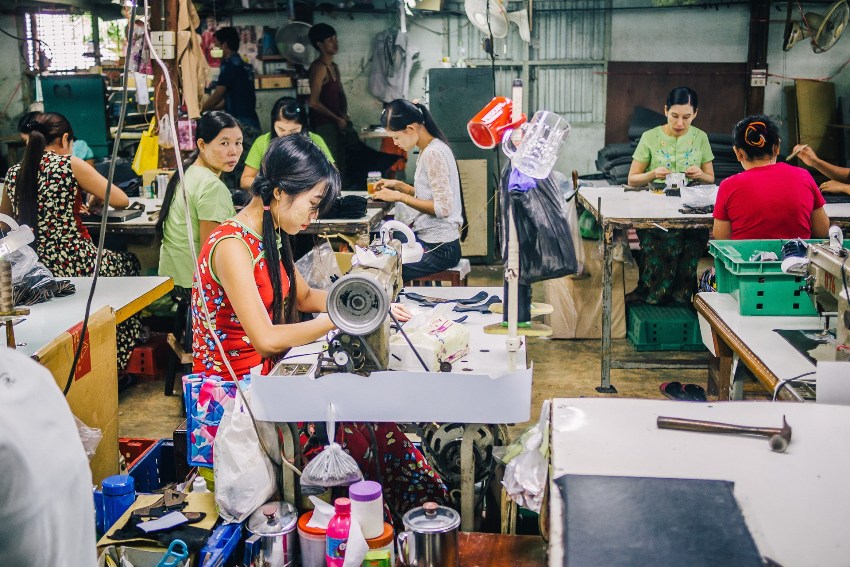 The title itself should have an understanding that the fraudulent companies were involving the people of underdeveloped Countries as their victims. But the truth is that they are doing the exact opposite.

You see, in order for fraudulent companies to remain undercover, they need to have staff that is easily disregarded even if their operations float up to the surface for the authorities to see. What this article will talk about is the way fraudulent companies convince the citizens of underdeveloped nations to work for them.

What types of fraudsters do this?

Most companies that engage in this behavior tend to have something to do with the financial industry or some kind of medicine.

But before we identify these types of strategies, let’s first identify when these strategies are legitimate.

For example, if you register with a financial company and provide your mobile number during registration, it’s quite obvious that a call may happen at one point or another. All of this is usually not designed to sell you anything. It is just quality assurance or identity confirmation.

The main idea is that financial regulations prohibit unsolicited calls to registered clients in an attempt to sell a service. Therefore, even if you’ve registered with a company, and they try to sell you something through a phone call, it is most likely not a good idea to agree.

To combat this issue, most legitimate fx trade companies first try to receive consent from the user. Usually this is through an email, requesting to schedule a call if the user actually wants to listen to what the company has to say. Should there be no consent, it will be clear to the user that an incoming call is not directly from their company, and they should ignore it.

How does fraud kickstart?

The fraudsters set up shop in a relatively poor country, knowing that finding English-speaking staff is going to be easy, and offer salaries which are not easily trumped by local market realities.

For example, in some countries in Eastern Europe, offering somebody $500 as a base salary is already an amazing deal for them, considering that most have an average income of around $300 or $400.

The salaries easily convince the citizens to agree to such proposals and start working without even knowing what they’re getting themselves into.

The recruiting process is pretty similar to any other company you’ve been to. It starts with listing an open position about an English Speaking Representative in a fast-growing company in the center of town.

This is already a very enticing sentence for most people, as they associate fast-growing with increasing wages or promotions further down the line.

The description of the job is usually very friendly, youthful, and optimistic. The fraudsters make sure not to ask any kind of education from their future employees, which pretty much gives them an edge in terms of morality.

Many people in developing nations either cannot afford to get a higher education or can’t find a job in their respective fields.

Once the resumes are gathered, it is time to start with the interviews, screenings, and training of these new recruits.

These companies have very odd interview times. Depending on where you live, they could require you to come to the interview at 20:00 PM, or even 01:00 AM. This is due to the fact that they mostly focus on markets such as Western Europe, North America, and Australia, where incomes are much higher than anywhere else.

Once the candidate shows up to the interview, he or she is met with a large open space of people sitting in front of computers, with headsets speaking to clients. There’s modern music blasting in the background, which makes everybody wonder how these employees manage to remain focused.

Most interviewees can even hear current employees curse at their clients or yell at them. Under such an impression, they are lead to a secluded room where the noise does not penetrate.

The first question, contrary to popular belief isn’t “Tell me about yourself”, it’s “have you ever sold over the phone before”. In most cases, the answer is No, which is exactly what the interviewer wants to hear.

In most cases, the company aligns these people on a large table, where they conduct a small roll call so that everybody is aware of their names and knows what they are going to do.

The act that follows is the description of what the company does exactly. In this case, people simply say that they scam people. They call innocent victims and try to make the deposit as much money as possible. This is a filtration tool, which allows some people to get up and leave right then and there. You’d be surprised how few people do this.

Once the truth is out there, it will be time to test the people that decided to stay. The next task is to listen to a recording of their top salesman, and see how he or she gets a victim to deposit thousands of dollars over the phone. The tactics used here are quite dirty. Things like guilt-tripping, insulting, and various other despicable manners are fair game.

Once the example is displayed, it’s time for the candidates to try selling each other something. However, this is just a formality, the fact that they passed the interview means that their English is sufficient and they are ready for the job.

First day on the job

If the time permits, the training session turns into a full workday straight away. The recruit is thrown into the fray and told to call a minimum of 500 times a day. This is quite a lot of calls. If you called once every minute, that would get you just 480 calls in a single workday. This means that one needs to call an average of 1.2 times a minute to stay above the KPI. All of this without even a 2-minute break.

Once somebody answers the call, there will be a script right in front of the recruit that they need to read immediately. In most cases, the person answering knows its a scam and hangs up immediately, but if they don’t, then it’s where the design of the script comes into play.

The recruit tries to get the victim interested, after which he transfers the call to his or her superior, who closes the sale and shares the commission with the recruit.

Take note that all of this is happening at 02:00 AM for most people. In some cases, people make as much as $5,000 with jobs like these. It may not sound like much for people from the US or the UK, but for a person from a developing nation in Africa, that’s basically like being thrust into the 1% overnight.

Is this even legal?

Most governments are aware of the fact that their citizens are being hired to do these dirty jobs. But considering the amount of purchasing power it adds to an already weak economy, they tend to abstain from doing anything about it.

This, however, is maintained as long as these fraudsters don’t target local populations. But no matter what they do and who they scam, they’re a blight on our world and should be eradicated completely.

I had the misfortune of getting myself into one 4 years ago when I was still a student. I couldn’t last for a single day and quit immediately, which is also one of the methods that these companies use.

They know that their retention levels are extremely low, and don’t do much about it. They hire more and more people and let them work for free for just one day. Considering that interviews and training happen nearly every week, these fraudsters get as much as 80-120 hours worked for free almost every month.