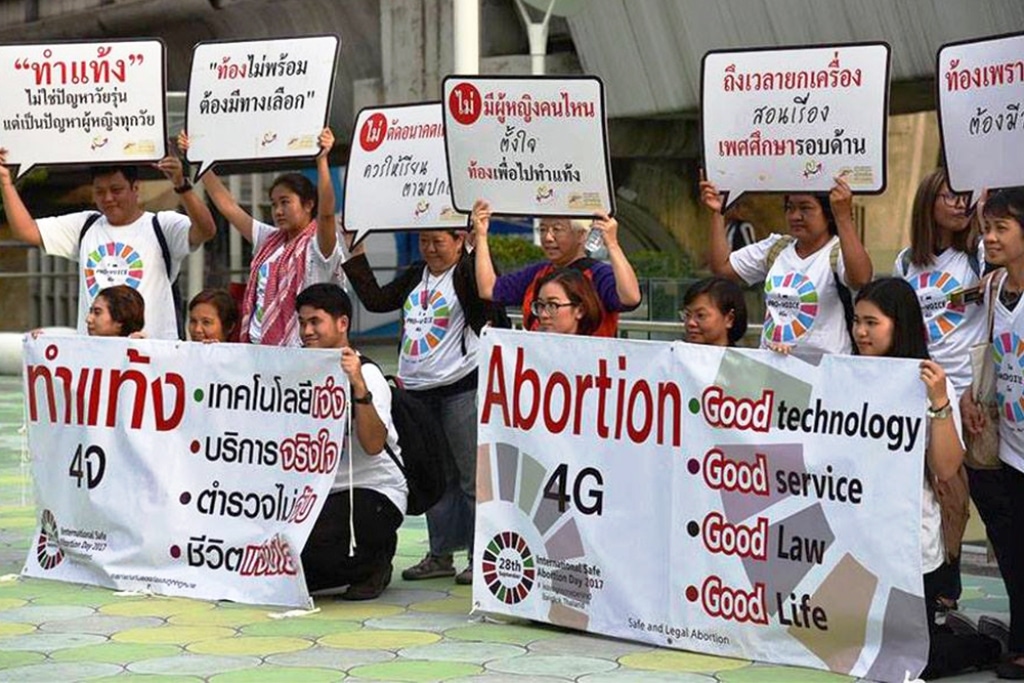 Thai politicians have approved a law amendment bill that will allow women pregnant under 12 weeks to get an abortion. If approved by the House of Representatives, the bill will let pregnant women have abortion if they “insist on terminating the pregnancies”.

The amendments also decriminalize doctors who perform an abortion if such conditions are met.

The bill amends two sections of the Criminal Code.

The new Section 301 allows women with pregnancies of not more than 12 weeks to get abortion. In the current version, abortion is not allowed in all cases.

The 12-week period is based on the opinions of the Medical Council of Thailand and the Royal Thai College of Obstetricians and Gynaecologists, which view it as the safest period with fewest risks, deputy government spokeswoman Rachada Dhnadirek said on Tuesday.

Moreover, penalties are also reduced for women getting abortion when the pregnancies are beyond that period by taking into account the pains they have already endured from the procedure.

Pregnancy not more than 12 weeks

The other section to be amended in the bill is Section 305, which lists the exceptions.

A clause will be added to allow any woman with a pregnancy not more than 12 weeks to get an abortion if she insists on terminating it. The other exception added is when there is a high risk of serious fetal impairment.

The current clause only allows abortion in the event of medical conditions or risks to life for the women, or when the pregnancies are the result of rape, deceptions or coercion.

Earlier, the government instructed the Council of State to draft the amendment bill after the Constitutional Court had ruled in February the two sections were unconstitutional because they violate Section 28 of the charter, which endorses the rights to life and body.

The bill will be sent to the House and is expected to take effect before Feb 12 next year. The Constitutional Court wrote in its ruling that if the laws were not changed within 360 days, they will automatically be repealed because they were in breach of the constitution, Ms Rachada said.