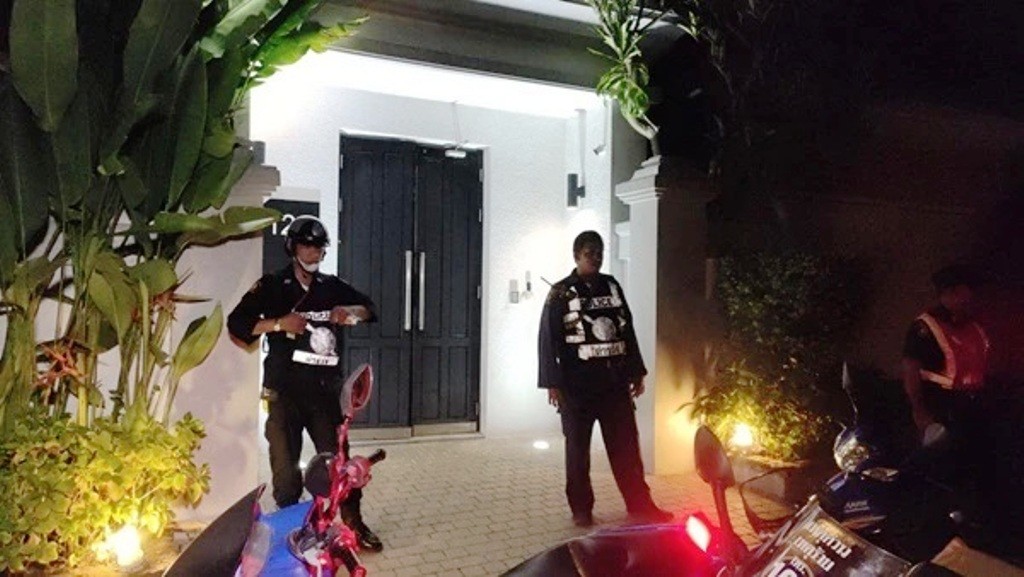 A Chinese family were robbed at gun point after five armed gunmen forced their way into a home in the resort town of Pattaya. The Chinese family were staying in a gated housing estate and robbed of cash and valuables worth about 10 million baht, police said.

The holdup at No 78/19 in the Siam Royal View housing estate was reported to local police about 10pm. Siam Royal View is situated on a hill. It comprises luxury homes costing more than 10 million baht each.

The Chinese victims told police there were five armed men. In total, the gang stole about 10 million baht from them.

The men also ransacked the house in search of more valuables before fleeing through the back door. It was not clear how many Chinese people were in the house at the time and who owned the house.

Police were still questioning the Chinese victims with the help of interpreters. Most could not communicate according to Thai Media. Police also said they would examine recordings from security cameras at the housing estate for clues to the robbers.

Meanwhile, a Russian national has been arrested for allegedly selling medicines and cosmetics illegally at a Pattaya pharmacy. Police raided the “Dr. Holland” shop on Jomtien Beach Road and found medicines and supplement products that they say violated Thai law.

Mr. Kirll Tarasov allegedly ran the Dr. Holland shop and police believe he is also linked to a Russian website under the same name. Some of the products on the website include a Thai herb body scrub and charcoal toothpaste. The Dr.Holland Facebook page also advertises products like a Thai herb hair conditioning treatment. Also serum for growing eyelashes.

Police say there are 2 other suspicious pharmacies in Pattaya, similar to Dr. Holland, that might be selling unregistered medicines and cosmetics. Police are still investigating.