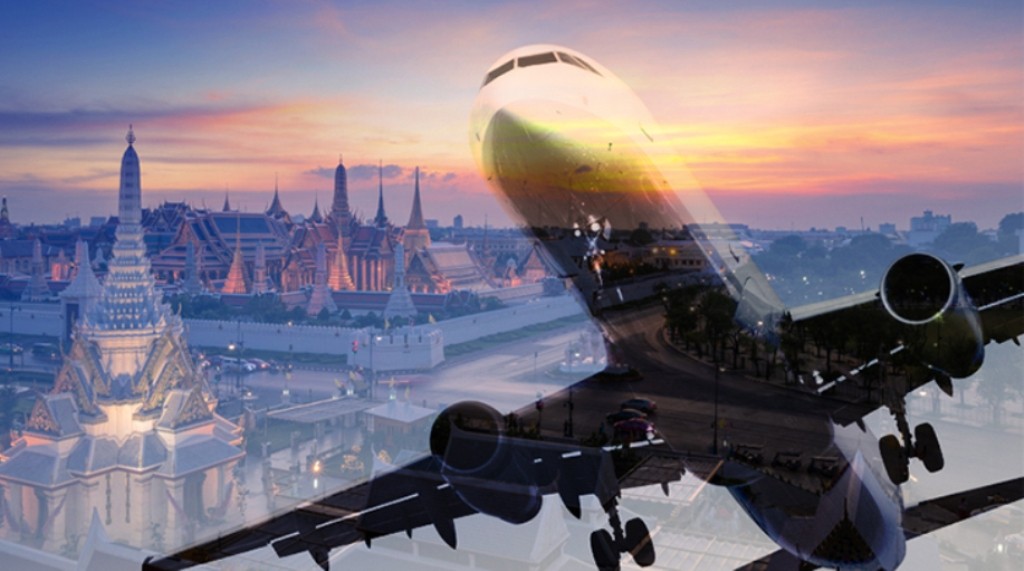 Thailand’s Prime Minister has promised to bailout seven domestic low-cost airlines offering to inject 24 billion baht in soft loans. He also demanded that in return that the airlines retain their 20,000 staff.

Executives from the seven airlines submitted a petition to Prime Minister Prayut Chan-o-cha seeking the bailout from the government. They also requested an extension in excise tax reductions for jet fuel. From 4.762 baht to 0.2 baht — for one more year.

The Finance Ministry had previously waived excise taxes on jet fuel and reduced the excise tax reduction to 0.2 baht. But the cut expires at the end of next month. Other costs waived or reduced include surcharges for aviation, passenger fees, parking fees and international departure fees.

Government spokesman Anucha Burapachaisri said Gen Prayut told the low-cost airlines executives that the government will soon look for solutions to assist their companies. Above all recognizing that aviation has been drastically affected by the coronavirus pandemic. , Aviation plays a significant role in the Thailand’s economy,

“The Centre for Covid-19 Situation Administration plans to relax various measures for aviation and domestic tourism,” Gen Prayut told the Bangkok Post at a meeting yesterday.

Gen Prayut asked for cooperation from low-cost airlines to curb price competition. He also encouraged them to focus on competing to offer better services and improving financial management to settle debts. He asked operators to keep their staff employed while the government seeks solutions.

Tassapon Bijleveld, executive chairman of Asia Aviation Plc (AAV), the largest shareholder in Thai AirAsia, confirmed that airline operators had proposed that the government assist them in three areas and Gen Prayut had agreed to provide 24 billion baht in soft loans to the firms.

“Gen Prayut has authorised the finance permanent secretary Prasong Poontaneat to talk to state banks to provide soft loans while aviation companies have already dealt with the Export Import Bank of Thailand. Airline operators expect to access the soft loans this October.”

He said operators had not specified the interest rates for the loans but asked the government for the lowest rate possible.

According to Mr Tassapon, the aviation operators asked the Finance Ministry to extend the excise tax reduction on jet fuel only for domestic flights.

“The third measure related to waivers and reductions of surcharges and aviation fees, he said. The private sector asked the government to extend these until December. Gen Prayut agreed to extend them for a year to March 2022.

“We can smile now because Gen Prayut agreed to assist low-cost airlines affected by the pandemic to rehabilitate their businesses until next year when the industry should recover. The airlines will be able to maintain 20,000 jobs. Furthermore Thai AirAsia alone will be able to keep 8,000 jobs secure,” Mr Tassapon said.

Mr Prasong said the request for an extension of excise tax cut may be impossible because oil prices had fallen by over 70%. Operators’ costs had fallen because of the oil price plunge.

In a separate development, Deputy Transport Minister Thaworn Senneam said the report of the fact-finding committee scrutinizing the business administration of Thai Airways International (THAI) would be submitted to the Finance Ministry, as THAI’s major shareholder, on Monday.

Mr Thaworn said THAI’s decision to purchase 10 Airbus A340 wide-bodied aircraft between 2003-2004. Which resulted in huge losses to the carrier of over 68 billion baht. Even more as well as bribery, had caused the airline to fail. The report will also go to the National Anti-Corruption Commission, he said.