Food Production is the Primary Driver of Biodiversity Loss
Advertisement 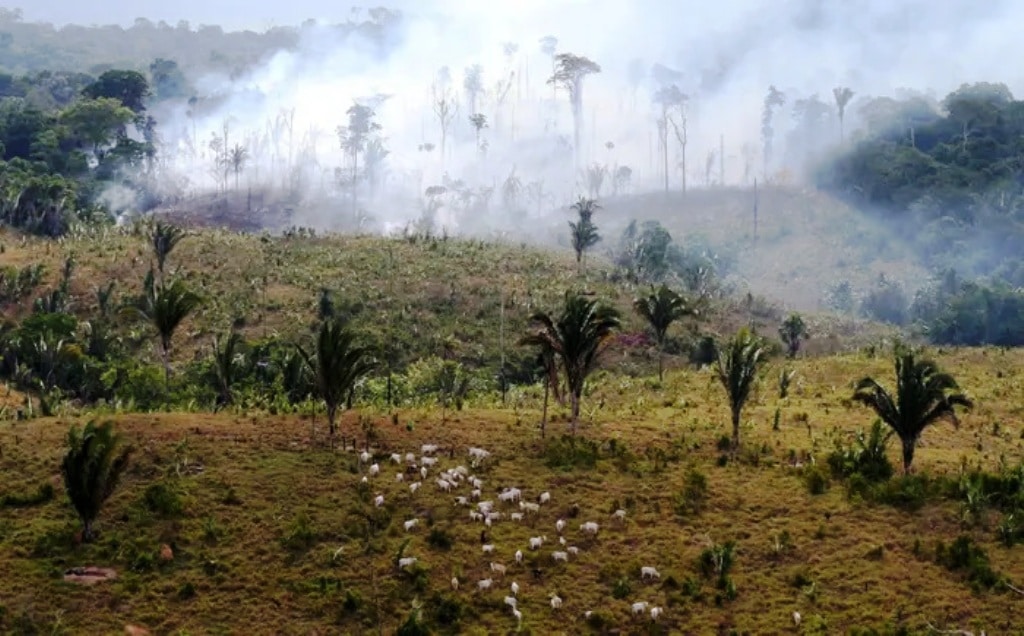 According to a new report, the global food system is the primary driver of biodiversity loss, which will continue to accelerate unless we change the way we produce food. The paper—published by Chatham House in partnership with the United Nations Environment Programme (UNEP) and Compassion in World Farming—states that moving global dietary patterns towards more plant-based diets and fewer animal products would reduce pressure on the environment.

The report reveals that agriculture alone is a threat to 24,000 of the 28,000 (or 86%) species at risk of extinction. “Biodiversity loss is accelerating around the world. The global rate of species extinction today is higher than the average rate over the past 10 million years.” In addition, the global food system is a major driver of climate change, accounting for around 30% of total anthropogenic (human-produced) emissions.

“Much of the land dedicated to agriculture is used to feed animals that are later used to feed humans, which is an inefficient system,” says Wichayapat Piromsan, Thailand based campaign manager of the NGO Sinergia Animal, which works to promote more compassionate and sustainable food choices in Latin America and Southeast Asia. A land area that can be used to produce 100 grams of plant protein can only produce 4 grams of protein in the form of beef. Why Food Production is the Primary Driver of Biodiversity Loss

In the US alone, an extra 390 million people could be fed with the grains that are now given to livestock. Removing animals as intermediaries from our food systems would require less intensive crop production globally, weakening the pressure on key ecosystems. Instead, however, only 55% of the world’s crop calories are feeding people directly.

Similarly, the appetite for fish and other sea products is shattering marine ecosystems. The fishing industry harvests thousands of billions of fish from the oceans each year. Not only that, but 40% of the global marine catch is “bycatch”—non-target species that are caught unintentionally when another species is fished.

Additionally, abandoned fishing gear represents up to 85% of the trash in certain parts of the oceans. Unfortunately, the rapid expansion of aquaculture is not a sustainable alternative, as it is estimated that 460 to 1,100 billion fish are caught at sea each year just to feed the animals being raised in aquaculture facilities.

“Animal products such as meat, seafood, dairy, and eggs are among the most unsustainable foods one can consume. If we significantly reduce its production, much less land would be used for crops, meaning there would be less pressure over forests and other ecosystems. Likewise, the more we reduce fishing, the less depleted our oceans will be,” explains Piromsan.

Each person can help stop this damage by switching to a plant-based diet. Sinergia Animal created Thai Challenge 22 specifically to support consumers in eating greener. There are daily tips and recipes, and support from specialized nutrition experts. In 2020 alone, more than 14,138 people registered. Try it for free at www.thaichallenge22.org

Sinergia Animal is an international animal protection organization working in countries of the Global South to reduce the suffering of farmed animals and promote more compassionate food choices. We are recognized as one of the most effective animal protection NGOs in the world by Animal Charity Evaluators (ACE).

How the Pandemic Pushed Graphic Design Courses Online in the UK