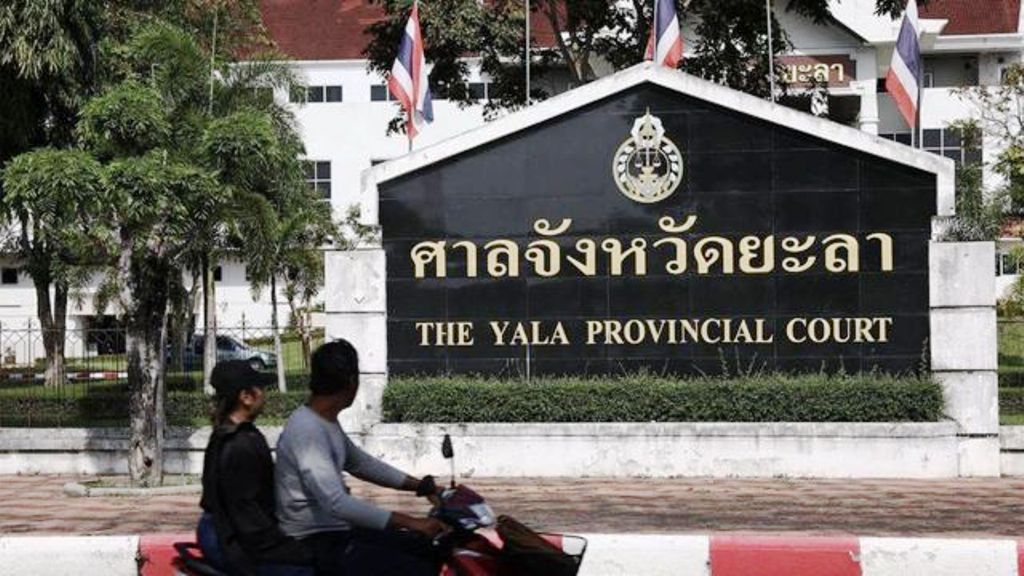 Seven police officers have each been jailed for eight years and fined 800,000 baht for extorting money from a drug dealer in southern Thailand’s Yala. They were also allegedly selling seized methamphetamines to local youths.

They were members of Yala police station’s special operations unit.

They were charged following a complaint that on Dec 21 they had demanded 100,000 baht from a drug dealer caught with 200 meth pills.

The dealer had given them 50,000 baht as a down payment. The officers seized the drugs. They kept some for their own use, but sold most of them to local youths.

Pol Maj Gen Prabphol Meemongkhol, told the Bangkok Post the case had drawn a lot of public attention in Yala and nearby provinces.

They had extorted money and become involved in the drug trade. By their actions, the seven men had tarnished the reputation of the Royal Thai Police force.

Meanwhile, police and military investigators arrested 4 men for their alleged involvement in the murder of a police officer in the southern Thailand’s Pattani province, an area with ongoing insurgent violence.

The police officer was riding his motorcycle when he was shot by a pillion rider on another bike. The rider, dressed in women’s clothes and wearing a headscarf, pulled out a M16 assault rifle. When the officer fell, the attacker got off their bike and shot the officer point blank with a 9mm handgun before stealing the officer’s pistol and feeling the scene.

Police officers used surveillance camera footage in the area to track down the suspects. Apparently, it was a “massive manhunt,” according to The Thaiger. A helicopter and drones were used to search for the suspects in the Nakate subdistrict.

A green motorcycle, matching the bike used by the assailants, was found abandoned in the bushes. Police say it was stolen around a month ago from Songkhla’s Thepa district.

Commander of the Pattani Task Force, Komkrit Rattanachaya, adds that the bullet casings from the M16 rifle found at the scene match bullets found at an earlier attack in the Muang district where 4 volunteers were shot and killed.