Investors Bail on Thailand Amid Political Unrest and Poor Governance 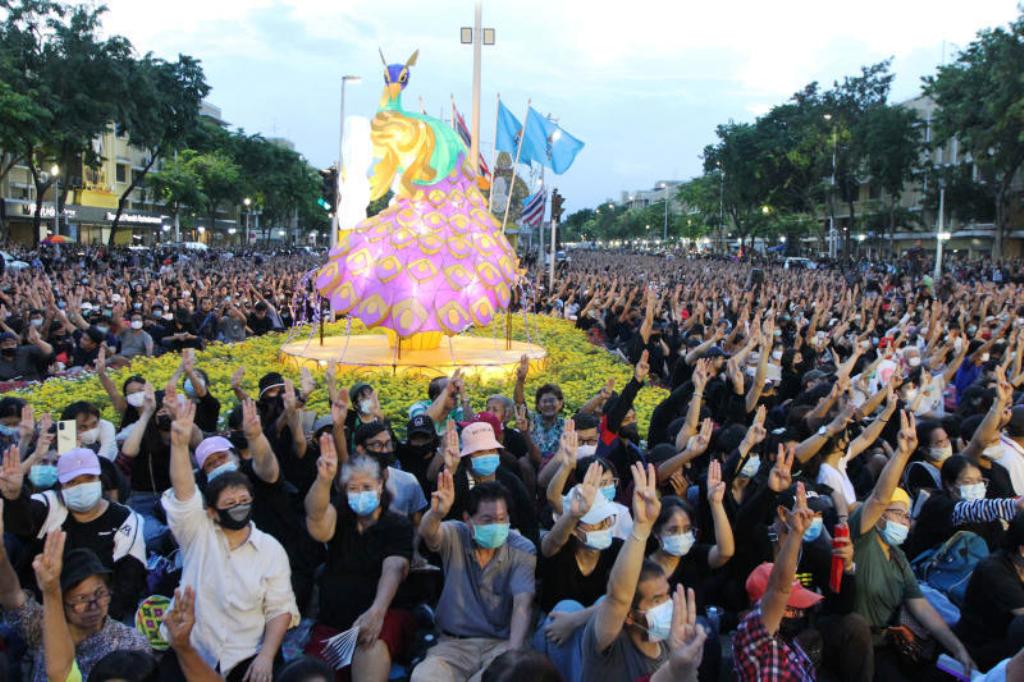 Global investors have started a selloff of the baht and under-performing stocks due to over political instability in Thailand. Analysts and fund managers say there is also pressure on the bond market. There are also fears that the rising political temperature will hamper attempts to rescue the worsening economy

Thailand suffered its deepest economic contraction in two decades last quarter and a long haul to recovery looms as the Covid-19 pandemic has hammered its mainstay tourism industry.

At the same time, the government is facing an anti-government protest movement. One which is gathering momentum and disruption to its policy agenda. The selloff also comes after the surprise resignation of Finance Minister Predee Daochai on Tuesday. Thailand’s Finance Minister was on the job than a month in the job.

“I think no other country has these two or three problems going on at the same time. Even more as if the Covid-19 situation isn’t bad enough,” said OCBC Bank economist Howie Lee.

Prime Minister Prayut Chan-o-cha has said Mr Predee’s exit, for health reasons, would not affect economic plans. However he did not outline a timetable for appointing a new minister.

The baht fell and has dropped about 0.6% on the dollar since Tuesday on the news. Its steepest two-day slide in about two weeks. It now sits where it traded in June despite a slide in the greenback over the past few months.

Thailand’s benchmark stock index is down 17% for the year, having suffered foreign outflows in every month till August – lagging a 5% gain in Asian markets.

“The only foreigners left in Thai equities really are the passive investors, the ETFs and the funds which track the index. The active managers are gone,” said Jeep Chatikavanij, founder of the Ton Poh Fund which manages $150 million.

A global selloff in longer-dated government bonds has also hit Thailand slightly harder than elsewhere, as investors struggle to digest the big debt sales that are paying for governments’ spending.

“With headline inflation now being negative for several months, income growth is poor. That is causing some stress in the corporate sector.” – Reuters