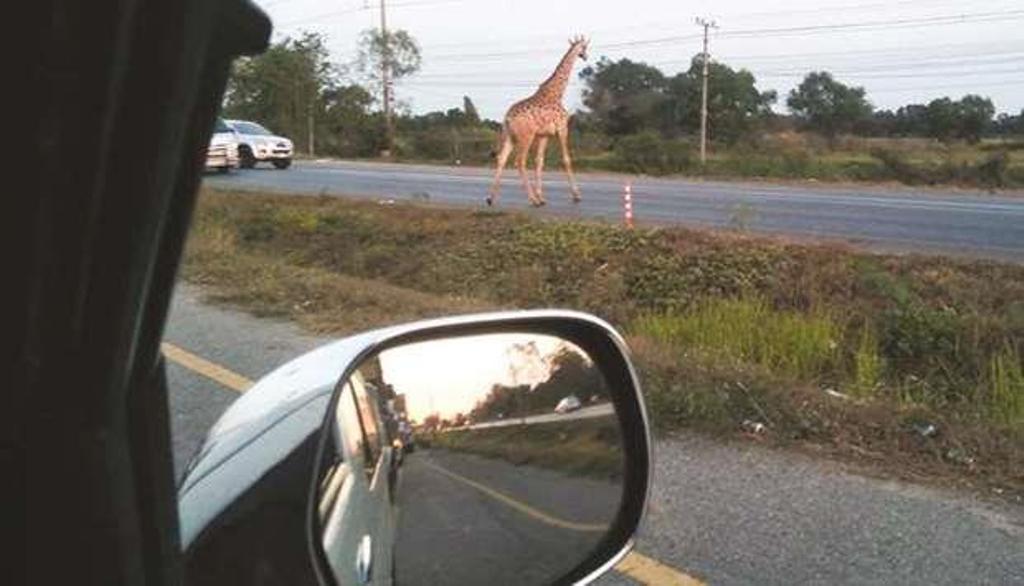 Has anyone seen a giraffe running on a highway in Thailand. Two giraffes escaped from a truck and only one has been caught. The pair were being transported Tuesday from a Bangkok airport to a new zoo.

On Tuesday, the convoy of 24 trucks with the animals in containers departed from Suvarnabhumi airport about 4pm. The destination was an animal breeding station near Rojana Industrial Estate in Mahaphot district of Prachin Buri.

When the truck stopped at an intersection, the giraffes jumped out and ran away, local media reported. Their escape caused a traffic jam, some motorists honked their horns to scare the giraffes away.

Monthon Mongphet, 53, the driver of the transport truck stopped and found out the metal sliding door of the container was open. Consequently it had not been properly locked, allowing the two giraffes to get out. 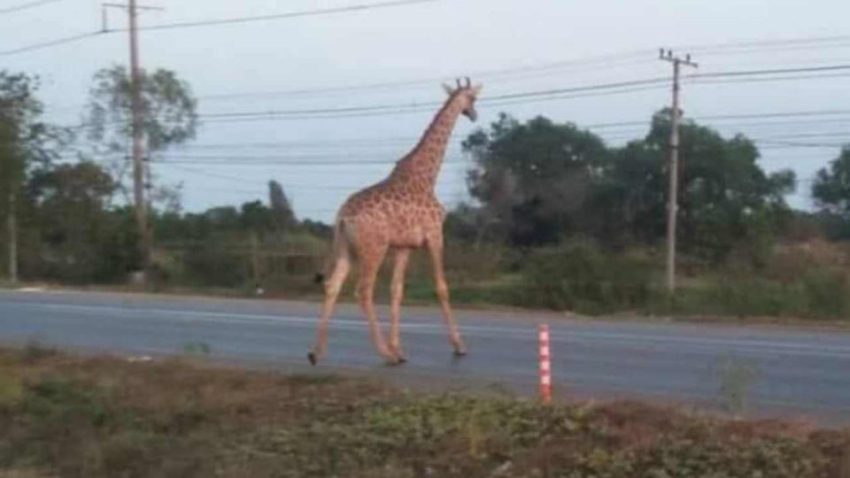 The four-year-old creature ‘disappeared into the darkness, volunteer firefighter Jongput Jira-apakul said. A Safari World spokesperson – which imported the giraffes confirmed the giraffe was ‘still on the run.

The tall tale has seen hundreds of thousands of Thais following Facebook live videos of journalists trailing the hunt for the runaway creature.

Pin Kewkacha, executive chairman of Safari World said it was the first time something like this had occurred in the more than 30 years he had been in the business. He suspected the bolt on the door had been accidentally unlatched while the container was being transferred to the truck.

Safari World, has in the past been criticized for training animals to perform for entertainment. Including staging boxing matches with orangutans.

Driver Video’s Giraffe on the Run in Thailand