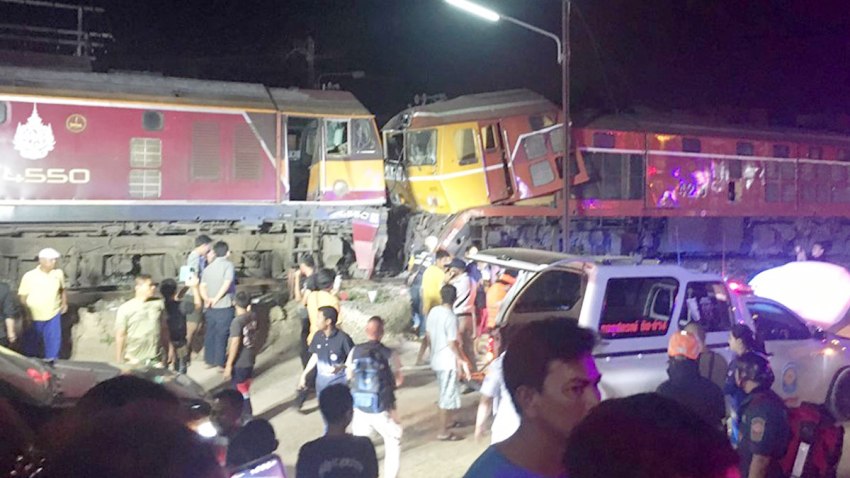 At least 30 people were injured as two trains collided head-on at Pak Tho station in Ratchaburi in Central Thailand on Monday. Authorities reported the crash between an express train bound for Sungai Kolok and a freight train from Hat Yai to Bang Sue.

Two Dead after Pickup Crashes into Tree in Central Thailand