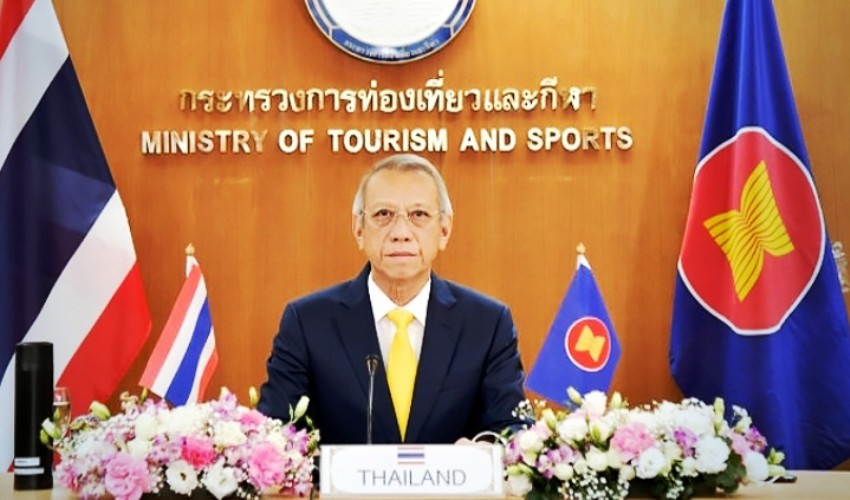 Thailand’s Ministry of Tourism has warned hotel operators that they would face being delisted if they were found to be price gouging. Raising hotel room rates under the state’s partial subsidy stimulus campaign called “We Travel Together.”

The campaign, designed to boost domestic tourism and the economy hit by the COVID-19, will cover 40 percent of a hotel’s room rate, not exceeding 3,000 baht (about 94.75 U.S. dollars) per night, for each eligible recipient to the partial financial aid, plus a maximum of 600 baht (about 18.95 U.S. dollars) in daily grant for food and other expenditure for consumers.

Already more than 3.6 million people have signed up for the package since online registration began last Wednesday.

The ministry said it has been receiving complaints from consumers and netizens saying that the price-gouging among opportunistic hotels has already begun.

“Any hotel caught price gouging will be scrapped from the program immediately,” said Pipat Ratchakitprakan, the minister of tourism and sports.

“The ministry had received and collected complaints of inflated room rates on the ministry’s website as well as other general websites,” said Pipat.

Local media also picked up quotes from netizens regarding inflated room rates after registering with the tourism promotion campaign.

“It’s more expensive now when you try to register with the tourism promotion campaign. Same day, same room, but different prices. How’s this possible?” A netizen wrote on Facebook.

The Facebook netizen also posted a photo showing the prices of his booked hotel room had gone up after registering with the tourism promotion campaign.

The stimulus campaign is aimed at easing the hardships faced by everyone during the pandemic, therefore hotel operators must not abuse this system, said Pipat.

The minister reckons that the scheme will draw in more registrants this week as there will be a long weekend from July 25 to 28.

Pipat said that if hotel operators are caught gouging the price, the hotel will not only face being de-listed, but also must return all the money received from the government scheme, he said.

The domestic tourism stimulus scheme has registered a slow response from locals as limited supply and price gouging marked the first two days of booking, prompting the government to allowed non-licensed hotels to join the scheme this week.

“It is too soon to say domestic tourism consumption is weaker because the ‘We travel together’ scheme just launched a few days ago,” said Phiphat Ratchakitprakarn, the tourism and sports minister.

Last week, he predicted most of 5 million nights of hotel accommodation would be redeemed within the first three days of the launch. But as of July 20, there are 87,960 booked transactions from 4.1 million total applications by Thais aged 18 or above who registered.

Mr Phiphat said the government will monitor hotel transactions closely for two weeks. They will be ready to launch the second phase focusing on second-tier provinces and weekday booking. With even more attractive conditions.

He warned hoteliers that charge exorbitant rates will be banned from this scheme.

If they want to rejoin for the next phase, operators have to refund the money to tourists first.