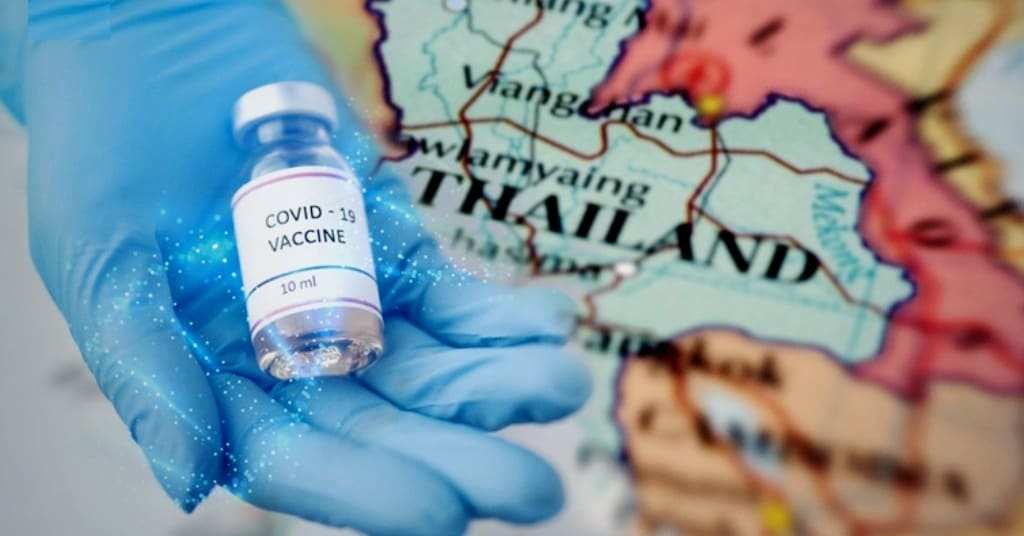 Despite concern about the latest Covid-19 outbreak, Thailand’s tourism industry is hopeful their businesses will bounce back this year. They have pinned their hopes on new covid-19 vaccines to stamp out the virus plaguing Thailand and the World.

The recent covid-19 outbreaks stem from a seafood market in Samut Sakhon.Covid-19 has now spread to 53 provinces across the nation. Health officials have warned that infections are also likely to continue to rise.

This prompted the government to order the closure of several premises and outlets, bringing an economy only just showing the first signs of recovery since being battered by the first wave of the pandemic early last year to a halt again.

Tourism, Thailand’s major engine for economic growth, has been among the sectors hit hardest by virus.

According to the Tourism and Sport Ministry, the tourism sector earned 760 billion baht from January to November of last year, a decline of 1.93 trillion baht or 71.75%, compared to the same period of 2019.

There were 6.69 million foreign tourist arrivals during that time which represents a drop of 29.27 million (81.38%), while income from foreign travellers fell by 1.38 trillion baht to 332 billion baht (an 80.59% decrease), according to the ministry.

Hopes of a covid-19 vaccine

For 2021, however, the world is pinning its hopes on an effective Covid-19 vaccine arising from the work of pharmaceutical companies, including Pfizer, Moderna and AstraZeneca.

The United States has allowed Pfizer’s vaccine to be administered to citizens under an emergency use authorisation as it seeks to halt the country’s massive infection rate.

Deputy Prime Minister and Public Health Minister Anutin Charnvirakul previously said he had secured the supply of at least 2 million doses of Covid-19 vaccine for “between February and April”.

He did not name the vaccine he had secured, and nor is it known how long the roll-out will take.

The government earlier signed an advance agreement with AstraZeneca for 26 million doses and the right to produce its Covid-19 vaccine in Thailand, but supplies are not expected before May.

For Koh Samui, 95% of its income was derived from foreign tourists, and the pandemic has sent its local economy spiralling downwards for most of the year.

“If the local transmissions continue at this rate, domestic tourism will have to halt, as well as plans to welcome the return of foreign travellers. Tourism on the island is likely to remain sluggish,” Mr Worasit said.

But if local infections can be contained during the first quarter of this year, the second quarter, which is when high season falls, could see the return of tourist business, especially due to its preparation of alternative state quarantine facilities (ALSQ), he said.

Mr Worasit said Koh Samui is ready to welcome tourists who travel directly to its ALSQ facilities at 11 hotels which have made the necessary adjustments.

However, a special tourist visa (STV) scheme launched by the government has not yet been rubber-stamped so the hotels remain empty, he said.

“Therefore, we may have to rely on travel bubbles with other countries with low infection rates, so we can reduce the quarantine period to no more than 10 days. That might allow the island to start receiving foreign arrivals in February or March,” Mr Worasit said.

“If we are fortunate human trials of vaccines should take place in Thailand in the second quarter, and if vaccines prove to be effective by the end of the year, foreign tourists from Western countries who receive vaccines are expected to be allowed into the country on commercial flights,” he said.

“However, I can’t see light at the end of the tunnel for 2021. Overall, the slowdown will continue unless foreign travellers arrive,” he said.

Phuket’s eggs in one basket

Sarayuth Mallam, president of the Phuket Tourism Council, said a vaccine is the only hope for Phuket’s economic recovery.

“We are waiting for the government to provide vaccinations. If the vaccines are proven to be safe and effective, they should be made available between February and March. If more people are vaccinated and if foreign travellers are allowed to enter, the economy in Phuket should start to recover,” he said.

Mr Sarayuth said foreign tourists, particularly from China, are ready to travel again, although the Chinese government continues to enforce a ban on outgoings — a decision he has urged Deputy Prime Minister Jurin Laksanawisit and the Foreign Affairs Ministry to negotiate an end to.

“Business operators are haemorrhaging cash reserves and struggling to survive. Please allow foreign visitors to enter as quickly as possible. The government should prioritise provinces which are important to tourism and can generate income for the country,” he said.

Ekkasit Ngampichet, president of the Pattaya Business and Tourism Association, said that Pattaya has always relied mainly on foreign tourists but will be shifting its focus to attract domestic visitors this year, even though their spending power is lower.

He said that there were four main groups of foreign visitors to Pattaya — Chinese, Russians, Indians, South Koreans.

Before Covid-19, about 10 million foreigners visited the resort city, bringing in about 240 billion baht in revenue annually.

That figure plummeted to 40 billion baht for 2020, Mr Ekkasit said.

“Under a worst-case scenario, a recovery won’t take place until late 2021 or even mid-2022. However, if vaccines tested by other countries prove effective and foreigners are allowed into Thailand, we might be able to get back and running sooner,” Mr Ekkasit said.

Chiang Mai was affected by infections from Thai workers sneaking back across the border from Myanmar in early December, with a drop in hotel room bookings by 50%.

Even though its number of infections remains comparatively low, Chiang Mai is still feeling the pinch as it is now the province’s traditional peak period for visitors.

Before the pandemic, Chiang Mai earned more than 100 billion baht in tourism income annually, but that was slashed in half after Covid-19 hit.

“In 2021, if the reopening of the country is late, we may only reach 40% of our usual target,” Pallop Sae Jew, president of the Tourism Council of Chiang Mai, said.

He also warned that without the STV scheme going live soon, he did not predict an economic upturn for the year as a whole in the region.

“It appears that the scheme is not being taken seriously. No agencies have been given clear guidelines on how to proceed. It is all still up in the air,” Mr Pallop said. “The private sector is of the same mind. Without a vaccine, most of the factors that prompt global tourism remain absent.”