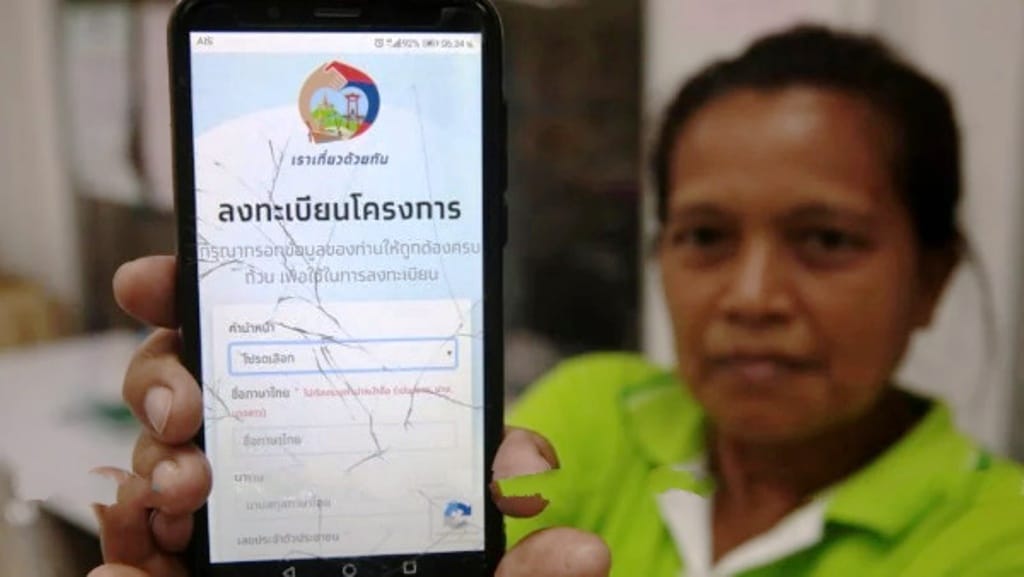 The complaint was against 934 business operators — 448 hotels and 486 vendors — across the country, mostly in the southern provinces.

Pol Col Anek said the fraud amounted to 1.7 billion baht and that the tricks used by the business operators were similar to those already charged in Chaiyaphum. These included people being paid to sign up for the scheme so cheats could profit.

The CSD has been working with Krungthai Bank to come up with measures to prevent people and businesses from exploiting the scheme.

About 3.5 million people registered with the scheme when it was launched in July last year. It allows participants to pay only 60% of normal hotel room rates, with the government responsible for the rest.

Tourists also receive an e-voucher for other spending valued at 600 baht from Friday to Sunday and 900 baht from Monday to Thursday. The government also helps pay 40% of the price of air tickets, up to 3,000 baht per person.

Tourism veering from bad to worse

Meanwhile, Airlines and hotels dubbed the tourism situation this year as being a worse crisis than the first outbreak of the pandemic, leaving them to cling to the hope of a remedy from the government.

Tassapon Bijleveld, executive chairman of Asia Aviation, the largest shareholder of Thai AirAsia (TAA), said when international tourists return in the future, Thailand might not have enough supply to serve them as most operators have already shut down due to financial problems.

Unlike the hotel business that saw 6 million room nights in the stimulus campaign fully redeemed, the air ticket quota of 2 million seats still has over 1.3 million seats available, even though the government increased the subsidy from 2,000 baht to 3,000 baht in December.

Mr Tassapon said those figures proved that local tourists skipped flying and shifted to destinations within driving distance, particularly after the fresh wave of Covid-19 starting from December.

Combined with lower purchasing power and travel restrictions in some areas, all airlines will see an even more opaque future as the industry already witnesses fewer flights per day at the moment, he said.

The Civil Aviation Authority of Thailand reported that the number of domestic passengers tumbled 27.1% year-on-year in the fourth quarter, while international flights dropped by 99.1% in the period.