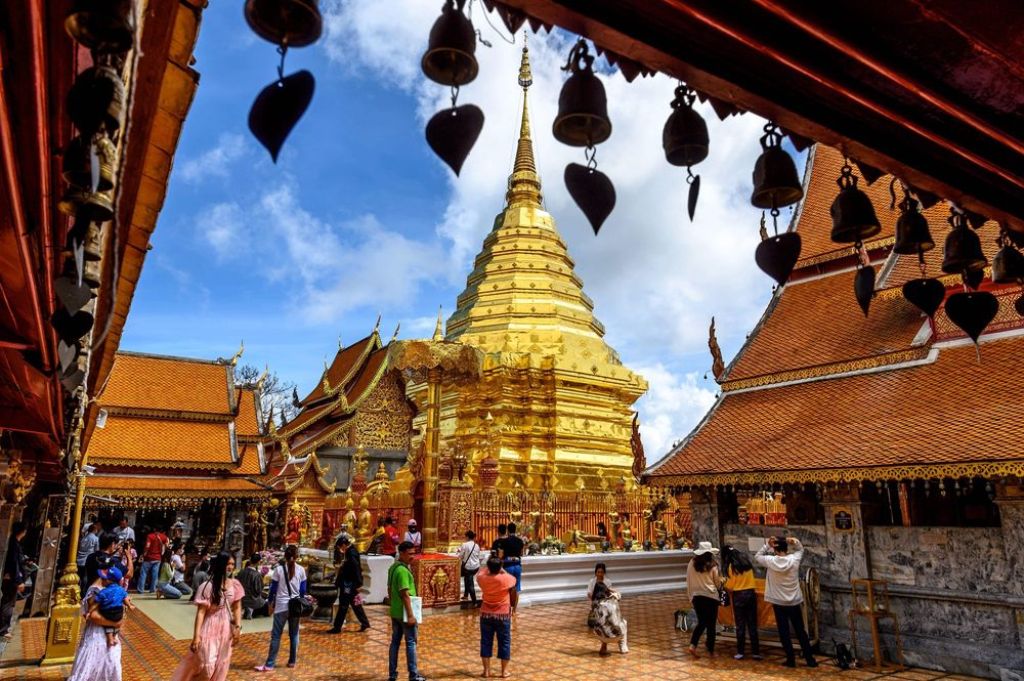 Thailand received more than 1,000 foreign tourists in October, the first set of visitors to the Southeast Asian nation in six months.Tourists began returning in small numbers under a special long-stay tourist visa program.

The special long-stay tourist visa was unveiled by the government last month, according to data released by Thailand’s tourism ministry Tuesday. The October arrivals compared with 3.07 million foreign visitors during the same month a year ago, and were the first since March, Bloomberg reports.

While Thailand has relaxed most of its coronavirus measures to allow businesses to fully reopen and some visitors to return, it has retained a nationwide state of emergency to prevent a resurgence in the pandemic.

The nation’s ailing tourism industry is struggling to draw visitors as authorities have retained a mandatory 14-day quarantine on arrival amid a surge in confirmed infections worldwide.

The tourism ministry didn’t detail revenue generated from the foreign visitors and said some of the information may be subject to revisions. Thailand netted more than $60 billion in revenue from about 40 million visitors in 2019, official data show.

The tourism sector may have to wait until 2022 to see “normal” revenue, described as 80% of the pre-pandemic level, as major markets are reluctant to ease travel measures unless there is distribution of a successful vaccine, says the Tourism Authority of Thailand (TAT).

The World Tourism Organization predicted a rebound in international tourism is likely by the third quarter of 2021 or in 2022, and the TAT has a similar outlook after hearing from the main target nations of Thai tourism that they will encourage domestic tourism instead.

Mass outbound trips are not likely to happen before their populations get vaccinated.

He said the meeting between Yang Xin, charge d’affaires at the Chinese embassy, and Tourism and Sports Minister Phiphat Ratchakitprakarn this week offered a clue to the tourism outlook next year.

Visitors from China, who made up roughly 10 million, or 25% of the foreign arrivals in 2019, are unlikely to travel en masse to Thailand as long as there’s no proven track record of a vaccine.

Thailand may start to see a moderate number of international guests in the second or third quarter next year from long-haul markets as summer approaches, which some consider a lower-risk season for virus spread, said Mr Yuthasak.

He said although there is good news about vaccine development, it may take all of next year to produce, distribute globally and more importantly, revive people’s confidence in travelling.

The challenge for Thai tourism is to push average spending per trip to 50,000-60,000 baht after the pandemic eases, the same level as before the outbreak, he told the Bangkok Post.

“There will be more pent-up demand by 2022, but in the early stages we have to accept the volume will not be as high as before the pandemic,” he said. Thailand should largely depend on domestic tourism next year, said Mr Yuthasak.

The government is considering extending a stimulus package for local travellers. The “We travel together” campaign, which subsidies 40% of hotel expenditure and airfares, is likely to be extended to Songkran in April.

There are 1.15 million room nights available for redemption from the 5 million granted for this scheme.

The TAT expects the allotment will be fully used within this year, one month earlier than its deadline on Jan 31.