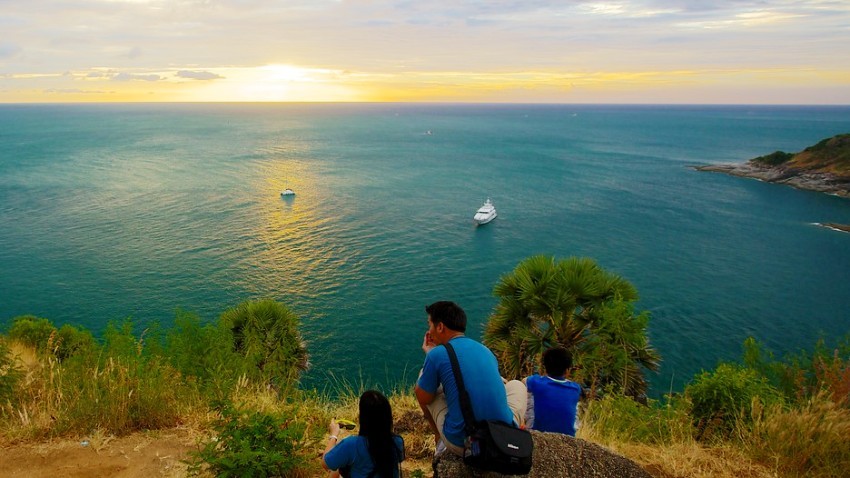 Rawai Municipality has ordered the closure of the famous cape, Naiharn beach and six other public places from Friday. Above all to prevent gatherings that could accelerate the rate of infections.

Promthep cape, on the southwestern tip of the island, is famous among tourists to see spectacular sunsets.

They asked shops to put away all beach beds and for jet-ski operators to suspend their activities.

Those who violate the closure order will be fined up to 100,000 baht and/or sentenced to up to one year in jail, she warned.

Meanwhile, A Russian man who had overstayed his Visa for 163 days has been arrested in Phuket. Immigration officials allege he was acting as an illegal taxi driver, picking up tourists from Phuket International Airport.

Russian national Konstantin Morozov, charged at a Phuket Police Station for working illegally and for illegally staying his visa. It was not reported whether or not Morozov will be deported, or detained in Thailand while awaiting deportation.