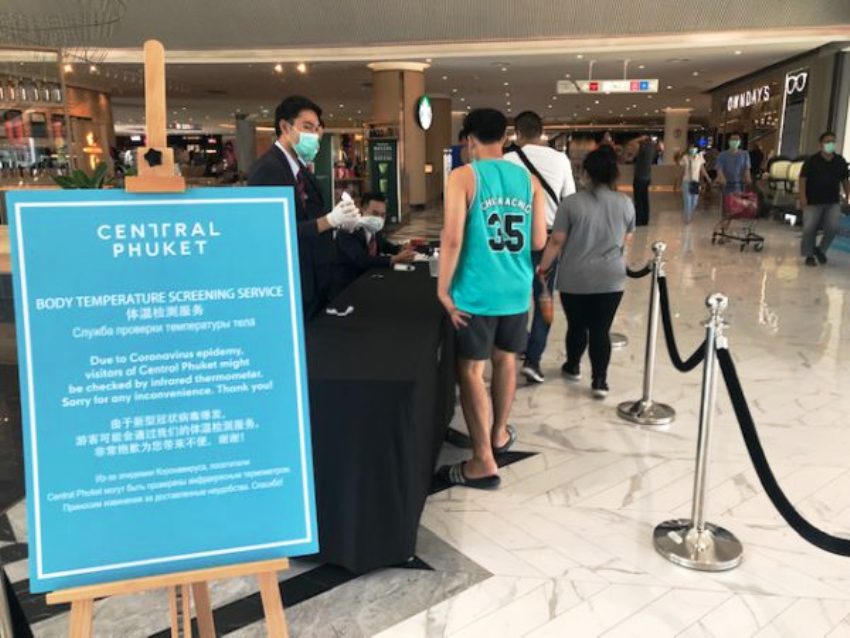 Tourism-related businesses in Phuket have been hard hit by the sharp drop in the number of tourist arrivals, especially Chinese. Above all a direct result of the COVID-19 outbreak in China and its spread to several other countries.

The Phuket Wang Tahfu Chinese restaurant, for example, which used to cater to between 1,000-2,000 Chinese customers. With mostly tour groups, it has seen virtually no customers since late January. In January the Chinese government banned tour groups from leaving the country.

He said he had ordered his staff of about 60 to report to work on alternate days. Staff are also receiving half of their salaries due to poor business. He also said that the restaurant has resorted to selling “som tum” (papaya salad) to generate some revenue to keep the restaurant afloat.

Likewise, the Afro cabaret show, which used to be held three times a day and catered to between 1,000-2,000 patrons, mostly tourists, has been reduced to once a day for about 50 customers.

The problem is not only the sharp decline in the number of Chinese tourist arrivals in Phuket,according to Thai PBS. Arrivals from the other countries have also reduced substantially because of the fear of coronavirus.

Direct flights to Phuket from Singapore, Hong Kong and China have been reduced by 70-80% since the outbreak. This means the loss of between 5,000-6,000 tourist arrivals a day. The daily direct flights are now down to just 10.

Traveling by Ferry to and from Koh Samui