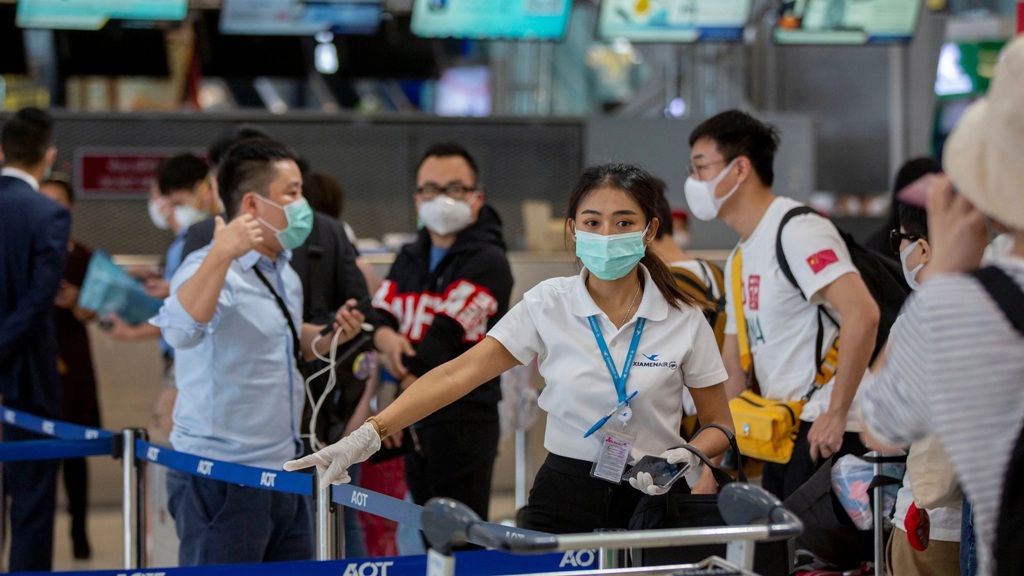 The first group of 33 Chinese tourists, who arrived in Thailand on Special Tourist Visas (STV) from Shanghai, have already completed their mandatory 14 days in quarantine at a Bangkok hotel, and will be traveling into the provinces whenever they are ready, said the ministry.

An executive of the Royal Benja Hotel said the hotel also arranged Loy Krathong event for the Chinese tourists so they won’t get too bored.

“However only the tourists who passed the hotel COVID-19 test were allowed to participate in the Loy Krathong festival held at the hotel’s pool,” Sri-Sa-ard, the hotel executive, told a press conference.

The ministry said the Chinese tourists can stay up to 90 days under the STV scheme and can extend their visas twice within the 90-day period.

Tourism Authority of Thailand (TAT) Governor Yuthasak Supasorn said that although the Chinese tourists needed to update to the Thai government with their whereabouts. He is not willing to disclose the destinations where the tourists will be visiting.

“All tourists need to inform the Thai government of their whereabouts in the country. However we are not ready to disclose their preferred destinations as it is a matter of privacy,” said the governor.

“After the 14-day quarantine, they can go wherever they like in Thailand,” said the governor.

Yuthasak said that in the near future, all incoming tourists won’t need to be subjected to the 14-day quarantine.

“The government is considering to allow a 10-day quarantine instead of 14,” said the governor. “However this rule will only apply to tourists coming from low-risk countries.”

He said many foreign tourists have shown interest in visiting Thailand. However the Thai government has limited arrivals to only 1,200 per month until the end of this year.