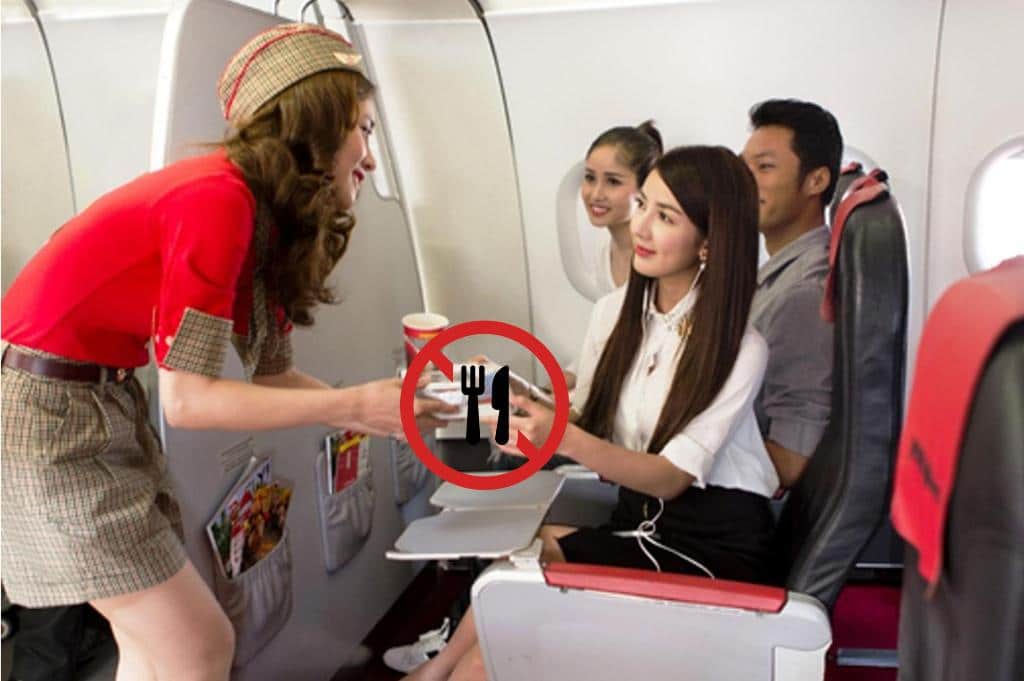 Thailand’s Civil Aviation Authority has once again imposed a ban on food services on domestic flights during the Covid-19 outbreak. The ban is put into effect on Dec 31 until further notice.

In accordance with the Public Health Minister to control the spread of coronavirus, the Civil Aviation Authority in its 4th announcement banned serving food and drinks on board for domestic flights.

In case of an emergency, cabin crew can provide drinking water to passengers. However cabin crew must keep the proper distance from other passengers.

Newspapers, magazines and pamphlets also won’t be available except those concerning the safety on board.

Meanwhile, Thailand’s airlines and tourism industry are desperate for the year-long Covid-19 crisis to bottom out.

The past year has brought tourism and every airline to their knees. 2020 has been billed as the “plague of the 21st century.” The coronavirus has forced borders to close one by one, marking an almost insurmountable struggle for many and the beginning of the end for some.

The border closures spelled instant doom for the airline industry as most airlines grounded the majority, if not all, of the fleets. Some major players, including flag-carrier Thai Airways International were hit hard.

The next casualty was tourism, an industry which contributed almost 20% of GDP last year. Some predict that getting tourism spending back to pre-Covid levels. It could take up to four years for a complete recovery. But that won’t be possible without airlines returning to the sky in full force.

Since the onset of the Covid-19 pandemic, governments have helped airlines survive the crisis with approximately $173 billion in various forms of financial support, according to the IATA.

More support will be needed in the form of financial stimulus. Many of the support packages are running out, but industry losses continue to mount. The industry is expected to continue burning through cash at a rate of almost $7 billion per month in the first half of 2021.

Financial support must come in ways that do not further inflate debt. Debt has risen by 51.4% in the crisis to $651 billion. To put this into perspective, total industry revenue in 2021 is expected to be $459 billion.

While all regions are hit by the crisis, those airlines with larger domestic markets or with large cargo operations are performing better. The differences between the regions become more exaggerated in 2021 with Thailand, Asia-Pacific and North American carriers seeing the most significant reductions in expected losses.