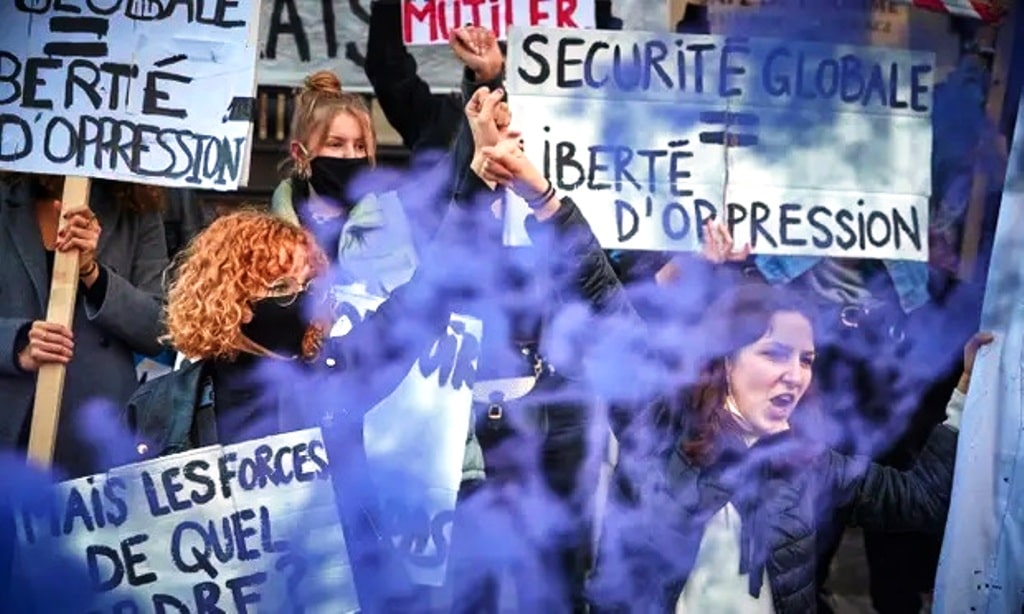 The state of civil liberties around the world is bleak, according to a new study which found that 87% of the global population were living in nations deemed “closed”, “repressed” or “obstructed”.

The figure is a 4% increase on last year’s, as civil rights were found to have deteriorated in almost every country in the world during Covid-19. A number of governments have used the pandemic as an excuse to curtail rights such as free speech, peaceful assembly and freedom of association, according to Civicus Monitor, an alliance of civil society groups which assessed 196 countries.

By using methods such as detention of protesters, excessive use of force, censorship, attacks on journalists, and harassment and intimidation of human rights defenders, many governments have used Covid-19 to “introduce or implement additional restrictions on civic freedoms”, the report said.

The group categorised fundamental freedoms of association, peaceful assembly and expression as either “closed”, “repressed”, “obstructed”, “narrowed” or “open”, based on a methodology which combines several data sources.

More than a quarter live in the worst rated countries – “closed” – where state and non-state actors routinely imprison, injure and kill people for attempting to exercise their rights. China, Saudi Arabia and Turkmenistan are among the countries in this category.

“The use of detention as the main tactic to restrict protests only shows the hypocrisy of governments using Covid-19 as a pretence to crack down on protests, [as] the virus is more likely to spread in confined spaces like prisons,” said Civicus Monitor’s research lead Marianna Belalba Barreto.

“Our research reflects a deepening civic space crisis across the globe and highlights how governments are using the pandemic as an excuse to further curtail rights, including by passing legislation to criminalise speech.”

Of the 196 countries assessed for the study, just two – the Democratic Republic of the Congo and Sudan – improved their rating, moving from “closed” to “repressed”. Eleven countries were downgraded, among them the US, Costa Rica, Ivory Coast, Iraq, the Philippines and Slovenia. Overall, the report says, the outlook for people’s civil liberties is bleak.

In the US, as millions of protesters took part in the Black Lives Matter movement, the Trump administration responded with excessive force, police violence and mass detentions, the study found. In recent years, several states have enacted restrictive laws which limit people’s right to peacefully protest, while across the US, reporters were increasingly detained or injured while conducting interviews or covering protests, researchers found.

Chile, Costa Rica and Ecuador were also downgraded in the study.

In Europe, “authoritarian” moves by governments using the pandemic “as a pretext to curtail freedoms” have restricted civil rights in Hungary, Poland, Slovenia and Serbia.

Another trend noted by the research group was the direct targeting of excluded groups such as LGBT+ people, immigrants or refugees, said Civicus Monitor researcher Josef Benedict.

“In Uganda, we saw LGBT people targeted under the pretext of Covid-19 … while in India, informal migrants, who have already been negatively impacted by government policies, faced further violations by the state,” said Benedict.

“The expansion of surveillance is also of concern. China, which already had an extensive surveillance industry, used the pandemic to expand that technology, and in Armenia and Israel, the governments took monitoring measures far beyond what is acceptable under international human rights law.”

Civicus Monitor is calling for governments to work with civil society and human rights defenders “to halt this downward spiral and push back against the authoritarian forces at work”. –  The Guardian