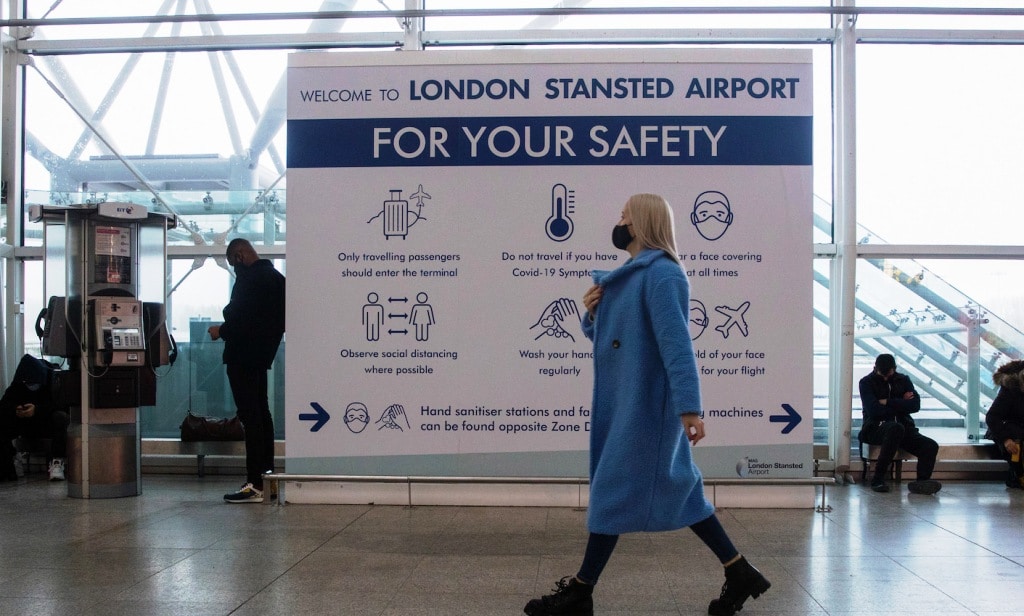 Travellers and Britons entering the United Kingdom will have to show a negative Covid-19 test result starting next week as authorities try to ramp up protection against new, more infectious strains of the coronavirus.

Passengers arriving by boat, plane or train will have to take a covid-19 test a maximum of 72 hours before departure, mirroring measures taken last year by other countries around the world.

“We already have significant measures in place to prevent imported cases of Covid-19, but with new strains of the virus developing internationally we must take further precautions,” Transport Secretary Grant Shapps said on Friday.

He said there were concerns that vaccines might not work properly against the highly transmissible variant of the coronavirus discovered in South Africa, echoing recent comments from other government officials.

On Thursday, Britain said it would extend a ban on travellers entering England from South Africa to include other southern African countries. Non-essential travel in and out of the UK is restricted.

Prime Minister Boris Johnson ordered a new lockdown for England this week after a surge in cases linked to another variant of the virus believed to have originated in the country.

Scotland, which like the rest of the United Kingdom has tight Covid restrictions in place, said it too would require travellers to show negative tests. The rule is also expected to be applied by Wales and Northern Ireland.

Passengers from many countries are currently required to self-isolate for 10 days, or five if they pay for a private test and test negative. Those requirements will remain in place after the new pre-departure testing rule comes into effect.

Britain’s airline industry says it recognises the need to introduce pre-departure testing but believes it should be only a short-term, emergency measure.

“Once the rollout of the vaccine accelerates, the focus must be on returning travel to normal as quickly as possible in order to support the UK’s economic recovery,” said Tim Alderslade, chief executive of Airlines UK, an industry group.

“What we’d like to see is that testing before you take off becomes the standard as an alternative to quarantine,” said John Holland-Kaye, chief executive of airport Heathrow Airport.

Travel to and from the United Kingdom has been almost wiped out by Covid and the quarantine requirements, leaving many airlines and airports fighting for survival. Passengers will be subject to a fine of £500 if they fail to comply with the new regulations.

In another development, Britain on Friday approved a third Covid vaccine for its mass inoculation drive, as regulators gave the green light to a jab developed by US-based Moderna.

Some 1.5 million people have been given doses of the Pfizer-BioNTech or Oxford-AstraZeneca vaccines since early December, and the government is aiming to have 15 million people inoculated by mid-February.

Meanwhile, the British Broadcasting Corp said its staff would wear electronic devices to enforce social distancing in a sign of how workplaces are scurrying to contain a the more contagious version of the virus..

The state-backed media company has required those in key production and broadcasting roles to continue coming into offices. In memos sent on Friday and seen by Bloomberg, the BBC said measures to keep people safe would include wearable alarms. A BBC spokesman confirmed the memos.

“Social distancing proximity devices will be rolled out in key BBC locations to help maintain safe social distancing,” read one of the memos. “Anyone coming into those offices will be asked to wear the devices, which will alert wearers when they’re less than two metres apart from someone else.”

The device resembles a pager which will buzz if the wearer gets too close to someone else. It doesn’t record any personal data, according to the memos. The measures will be introduced in the coming weeks, they said.

The BBC spokesman didn’t have details of the device’s provider but said it doesn’t connect to WiFi.

The UK’s surge in Covid cases over the last month has been driven by a mutation of the virus, which scientists estimate is as much as 70% more infectious. Roughly one in fifty people in England currently has the disease, according to government estimates.